IT'S always a risk in this country when you organise an outdoor event, whatever the time of the year.

But the wind and rain arrived right on cue at the start of Shakespeare Birthplace Trust's Midwinter Magic Dance-Circus Spectacular at New Place - bearing in mind it is inspired by .

itself is thought to have been the man himself's last play, so may well have been penned at New Place, and centres around the storm conjuring Prospero.

Back to Midwinter Magic, and when a member of the cast from dance theatre company Motionhouse, from the top of a make-believe ship made from scaffolding, bellowed the words from the play 'there's a storm brewing', the heavens really did open!

From then on, it seemed to be a challenging night for the cast as they danced their way through the restored gardens, watched by a Shakespeare character who, with quill and paper in hand, seemed to be drawing influence from them for his story.

There was eyebrow raising acrobatics from the scaffolding during the 'storm', some semi-erotic dancing in the knot garden, a mock drunken binge played out on the Shakespeares' kitchen table and the historic well, all rounded off with dancing around sculpture that forms the centrepiece of the new-look site.

This is the second pre-Christmas show the Birthplace Trust has put on at New Place and they are certainly trying to push the boundaries, as they have done with the restoration of the site of Shakespeare's final home itself, which has had its critics.

This was very much a bite-sized minus the groundbreaking special effects that we saw in the RSC's version last Christmas - but plus a real, mini storm!

And in the real life elements, which both helped and hindered, it was pretty impressive in its own right, and the healthy-enough crowd seemed to go away satisfactorily entertained, despite the planned hour-long performance being curtailed by around 15 minutes as a result of inclement weather.

If words expressed through dance is your thing then it's well worth trying to getting your hands on one of the few tickets that are left for the www.shakespeare.org.uk/visit/whats-on/midwinter-magic-dance-circus-spectaculartwo performances that will take place each day until Sunday, see 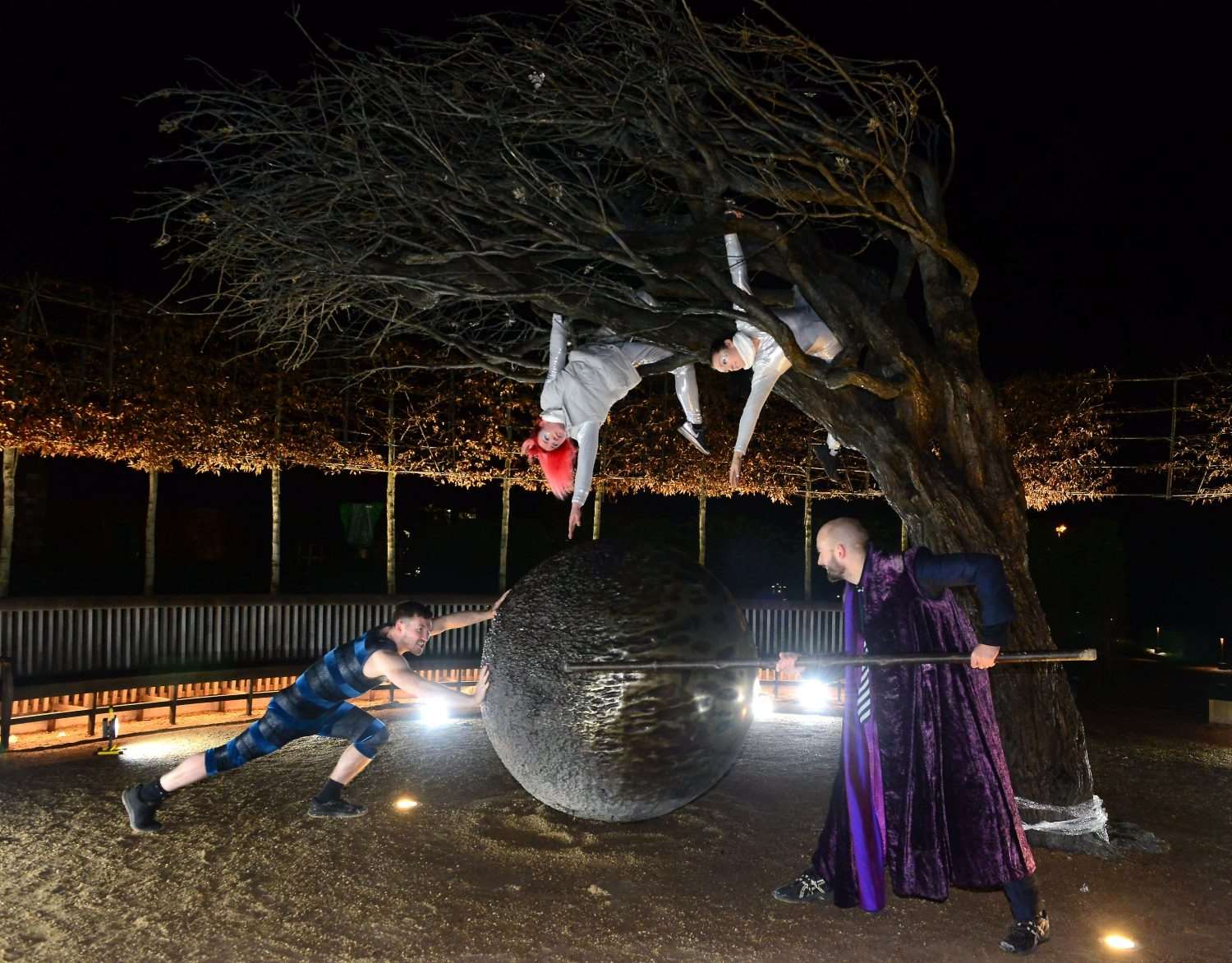 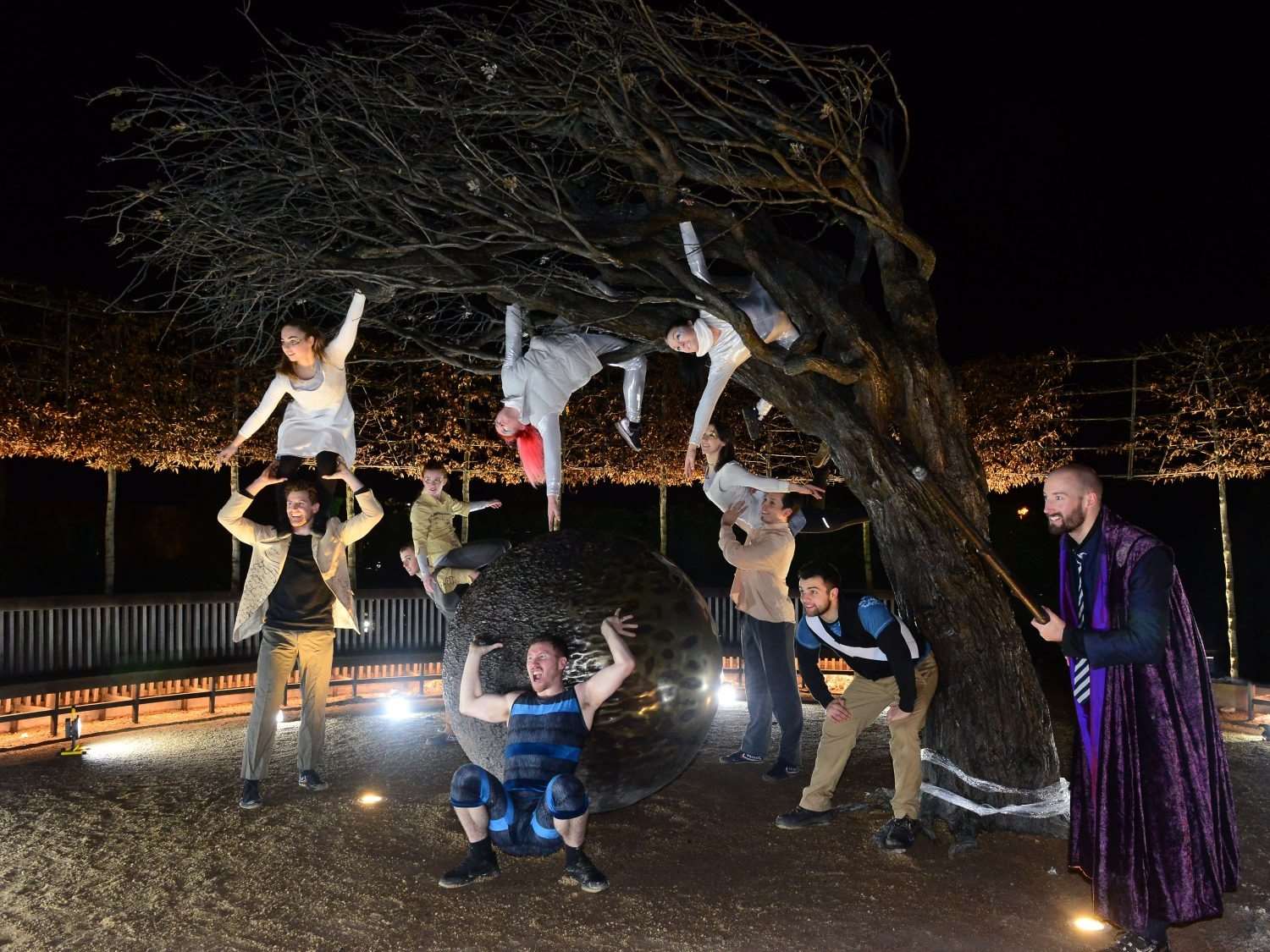 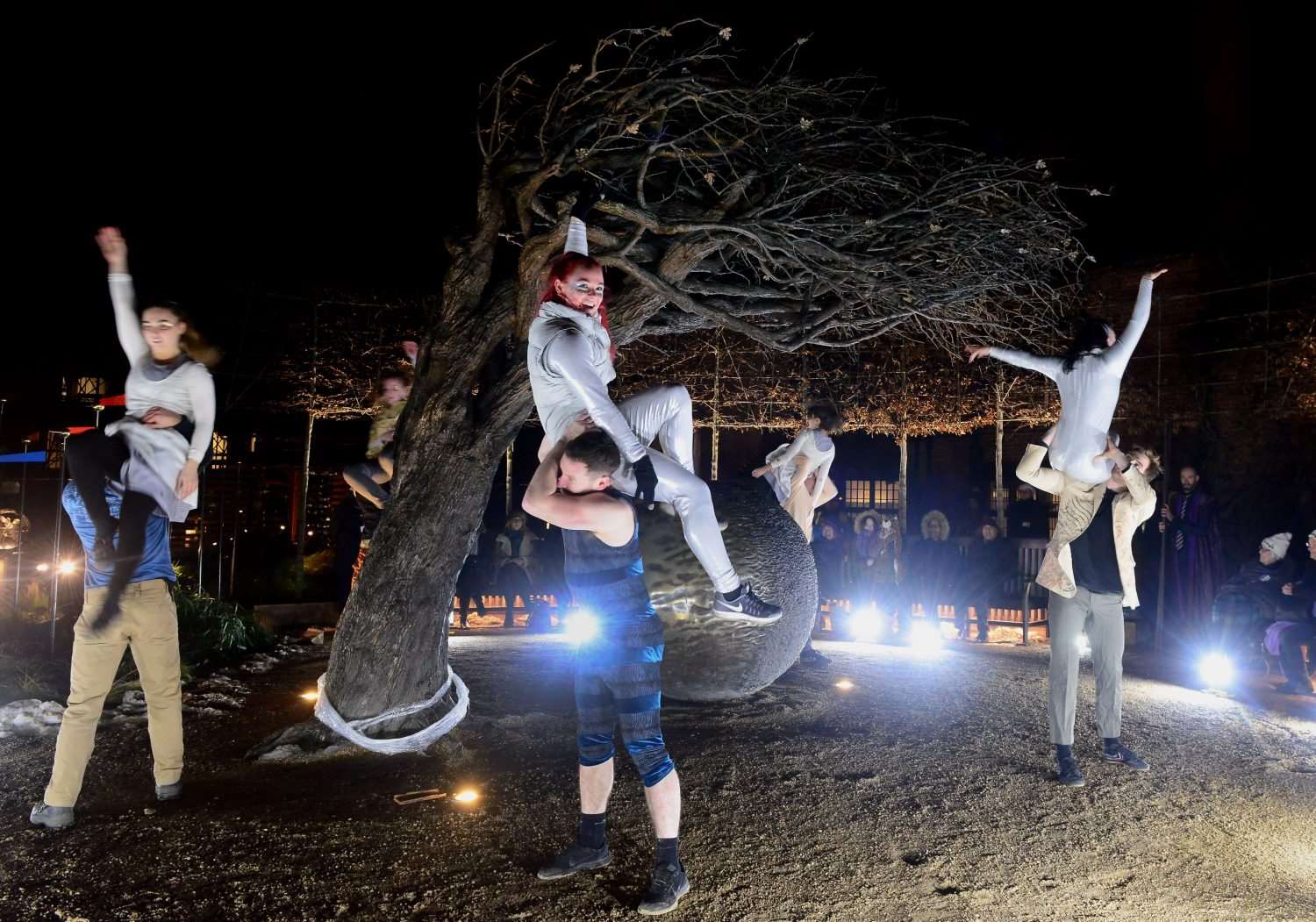 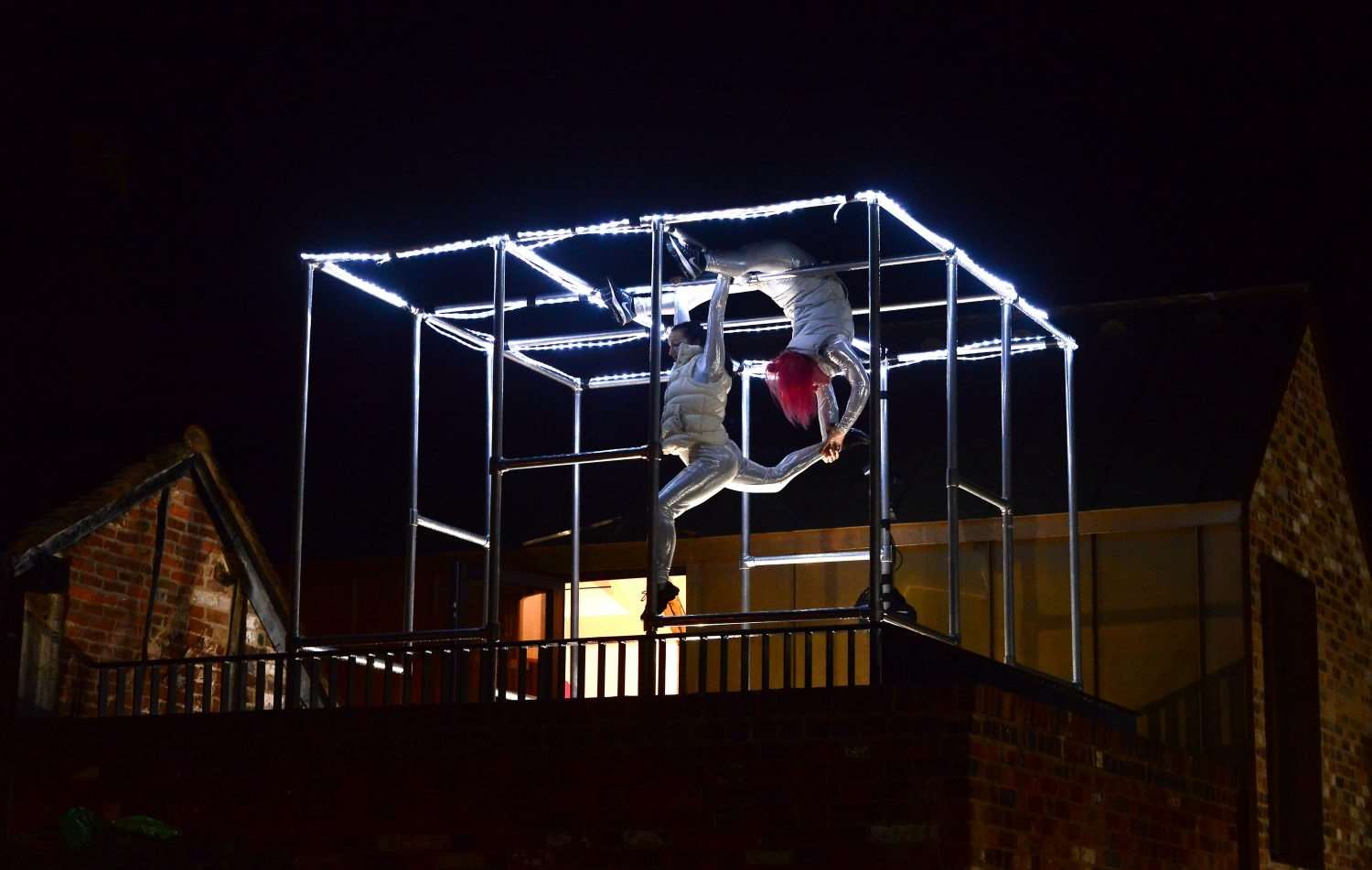 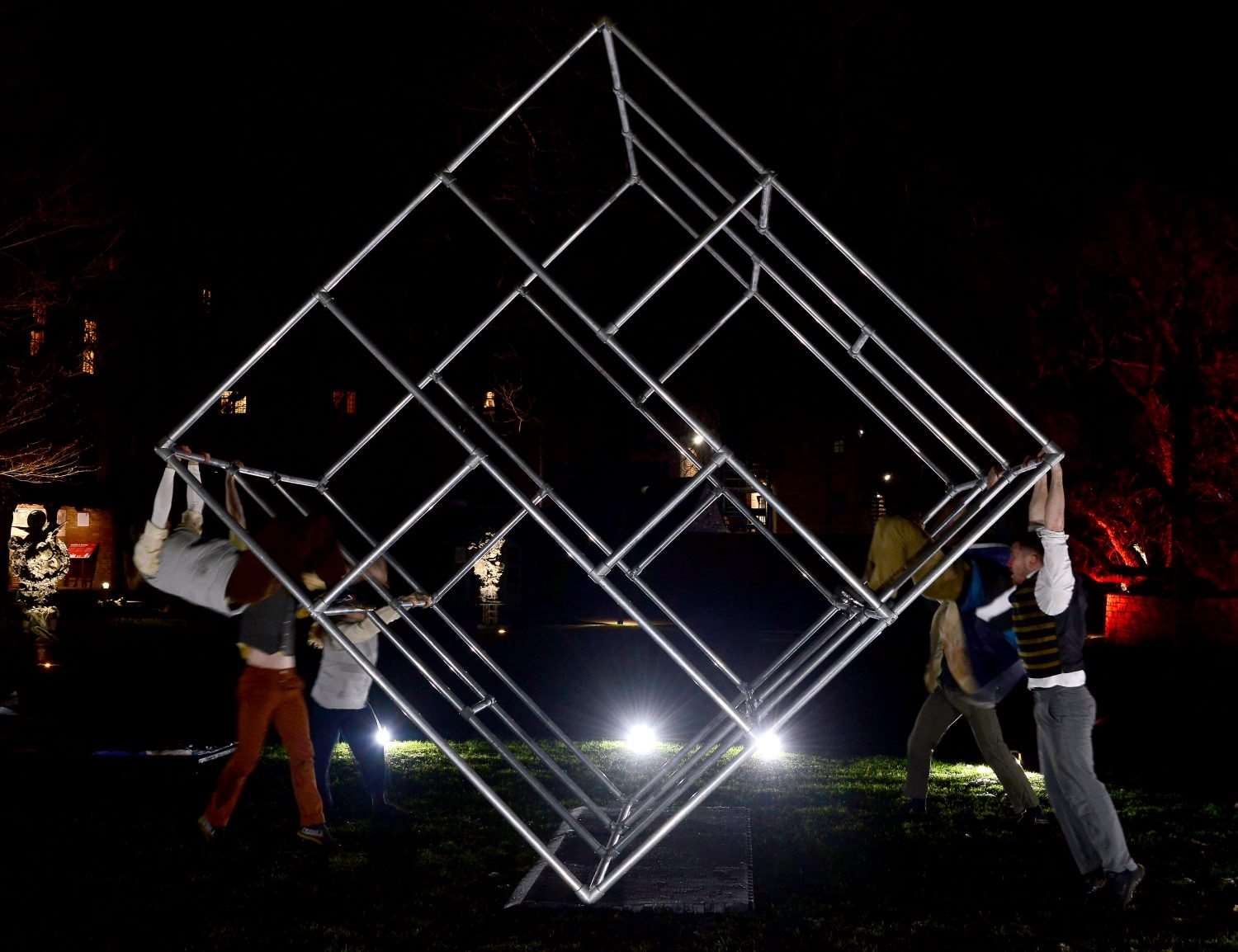