REVIEW: Gretel at Playbox 'A cracking spectacle rich with meaning'

Imagine sitting down to your Christmas lunch, pulling a cracker and, instead of a spinning top or a sewing kit, you discover inside a small severed finger or a desiccated stag beetle. And imagine when you unfold the motto, it reads, “Fear is hungry and it needs to feed” or “When is a pumpkin not a pumpkin? When it’s a naughty boy!”

Welcome, one and all, to Playbox Theatre’s Christmas ho-ho-horrorshow, Gretel, a very creepy festival feast held in a forest where we, and even The Archangel Gabriel, fear to tread.

It’s based, of course, upon the famous cannibalistic fairytale, which is dark enough left to its own evil devices, let alone when rewritten in Playbox’s inimitably weird and wondrous style. Expect to be entertained and freaked out in equal measure. 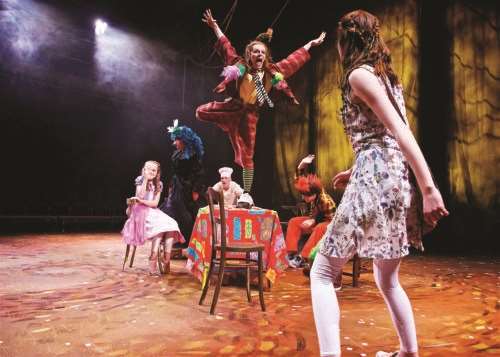 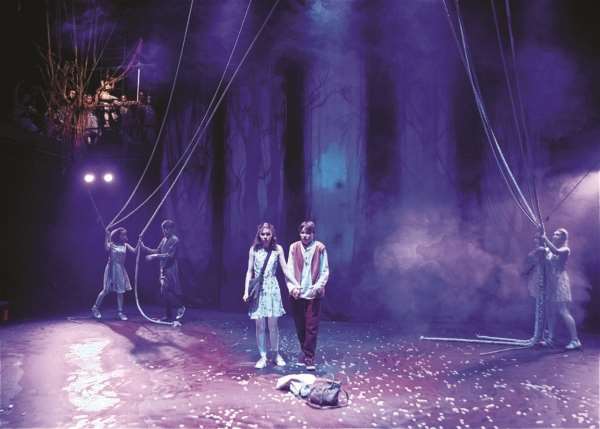 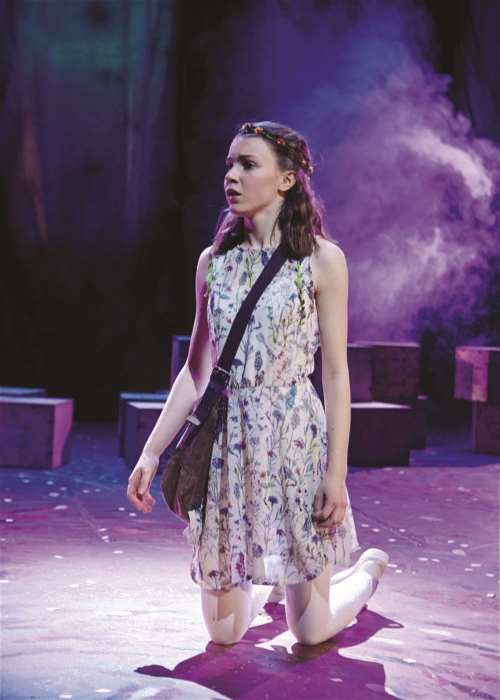 Only Playbox, for instance, would stage a show for the season-to-be-jolly where the second half starts with a tittering demon clown, played by Syd Sutherland like an unholy alliance between Jim Carrey and Choptop from The Texas Chainsaw Massacre togged out in Johnny Rotten’s cast-offs, munching his way through a pile of dead children. But hey, in for a Pennywise, in for a pound of flesh, right? So we are summarily introduced, to our acute trepidation, to a fantastically eerie troupe comprised of Zoe Bull as the cruel stepmother, a delightfully droll pantomime dame deliciously hamming it up with her ravenous imaginary parrot Bernard. And then there’s the murderous chef with St Vitus Dance, played with relish, camp as – yup, you guessed it… Christmas – by Connor Parris. And Oscar Webster’s bewigged, demented Pierrot, Abbey Elston’s haunting wee giggler, plucked straight out of The Shining, and Ciaran Walker’s malevolent fairground barker, a blustering throwback disinterred from somewhere wholly unsavoury like the end of Blackpool Pier circa 1952.

That all of these extraordinarily well-drawn (and hung and quartered) characters may well be mere manifestations of Sophia Rowlett’s majestically scary and mumsy Witch, dark figments of Gretel’s grief-torn imagination, is left open for us to decide, but there’s no escaping the play’s very clever and sinister symmetry where harmonious scenes of village life are twinned, warped and re-enacted through the looking glass in joyously perverse schoolroom and dinner table tableaus.

One or two little ones in the audience emerged petrified of the clowns, with more adults hiding tiny weeps behind hankies. Because, for all the spooky razzmatazz, this is a show about how nothing lasts forever and how change must be embraced if we are to survive, happy as fate allows, and sane as we can be. It’s about the meaning and value of home and family and it’s in the scenes with Calum Blackie’s suffering, chin-up injured dad, his heavenly and, heaven-bound wife, played beautifully by Molly Perkins, and the two principal kids, that Toby Quash and his Blank Shift team’s writing really shines. The relationship between Freya Davis’ marvellous spirited Gretel and Hansel, her younger bro’, pitched nice and natural just this side of vulnerable by Dylan Jones, maintains a genuine warmth within the enveloping chill, especially when she secretly sacrifices nibbles from her meagre supper so he might not go hungry, a loving gesture already passed down to her from her mother’s sparse plate.

There are some truly emotional speeches here – father recounting Gretel’s bravery and independence as a toddler; mother describing how “when we became the grown-ups… we tried our best to keep things as they used to be”; the bit where disease takes mother away; and “the children were now older than they deserved to be” – are all acknowledgments of passing time’s unavoidable dominion which neither religion, nor medicine, can broach nor remedy.

Similar to last December’s hit show Snow Queen, under Emily Quash’s exquisite direction, Gretel is a wholly immersive experience, organically lit and soundtracked to hold us enthralled in another world from which we emerge later recognising its ingredients like greeting old friends, some cherished, some unwelcome. There are surreal Monty Python touches to be enjoyed here, some unsettling strokes of Pieter Brueghel The Younger there, a little Billy Elliott (the dead mum as guardian angel), some Wizard Of Oz (wicked witch meets fate worse than death), a pinch of Dickens’ Christmas Carol (poverty and famine personified in a haunting procession), a smidge of Tolkein too (Ents are here, though not necessarily benevolent having been munched upon), even some Wicker Man in the symbolic pagan country dancing. It’s a cracking spectacle, that’s for sure, with lashings of breath-taking circus rope work and a soupçon of spell-binding ballet, and characteristically rich and deep with reverberations beyond all we immediately encounter with our eyes and ears.

For instance: with more local people than ever relying on food banks and with one in 200 – one in 200! – of our population now homeless, Gretel’s heartening and hopeful central theme – that “Fear of a thing is worse that the thing we fear” – may sadly turn out to be the biggest fantasy of all.