AHEAD of the ten-year census taking place this Sunday, Sarah Richardson, professor of British history at the University of Warwick, looks at the important insights it has given since being introduced in 1841.

THE UK’s national statistician has suggested the census to be held this March could be our last.

After 200 years of officially documenting Britain’s households, it may be scrapped in favour of cheaper and easier ways of collecting the data. A decision will be made on this in 2023.

But for historians and social scientists, this precious document provides a treasure trove of information about lives of ordinary people through the ages.

For anyone interested in the everyday lives of people in the past, the lack of source material is extremely frustrating. Before 1841, we get only glimpses in records such as tax returns or court cases.

All this changed with the introduction of the population census, taken at ten-yearly intervals from 1801 (the only exception was 1941 due to World War II). The first three census registers only returned a figure for the population of each district but from 1841, the name and details of every person and their address on a particular night (6th June in 1841) were listed by census enumerators.

This rich archive of material opens a window on the life stories of the whole population, providing systematic information on their names, ages, family size and relationships, occupations and birthplaces.

Using this information, historians have been able to trace key demographic and economic shifts in 19th-century Britain – for example, the rise of white-collar occupations or improving rates of infant mortality.

Those interested in family histories are able to uncover lost details from their own past: the previous marriage(s) of great-great-grandparents or routes of migration from the rural south to the industrial north.

Data from the censuses for Stratford-upon-Avon paint a vivid picture of the dramatic changes the town has undergone over the past two centuries.

Looking at the age structure of the population also reveals an important change. In 1861 only six per cent of the community were aged over 65, but by 2011 over 22 per cent fell into this age bracket.

In 2011 the numbers aged 80+ were roughly the same as the numbers of infants aged 0-4 years. However, in 1861 those aged over 80 numbered only 476, compared with 8,460 children aged from 0-4. Ensuring there are adequate services for the significant proportion of older people in the population is one of the key functions of the census. 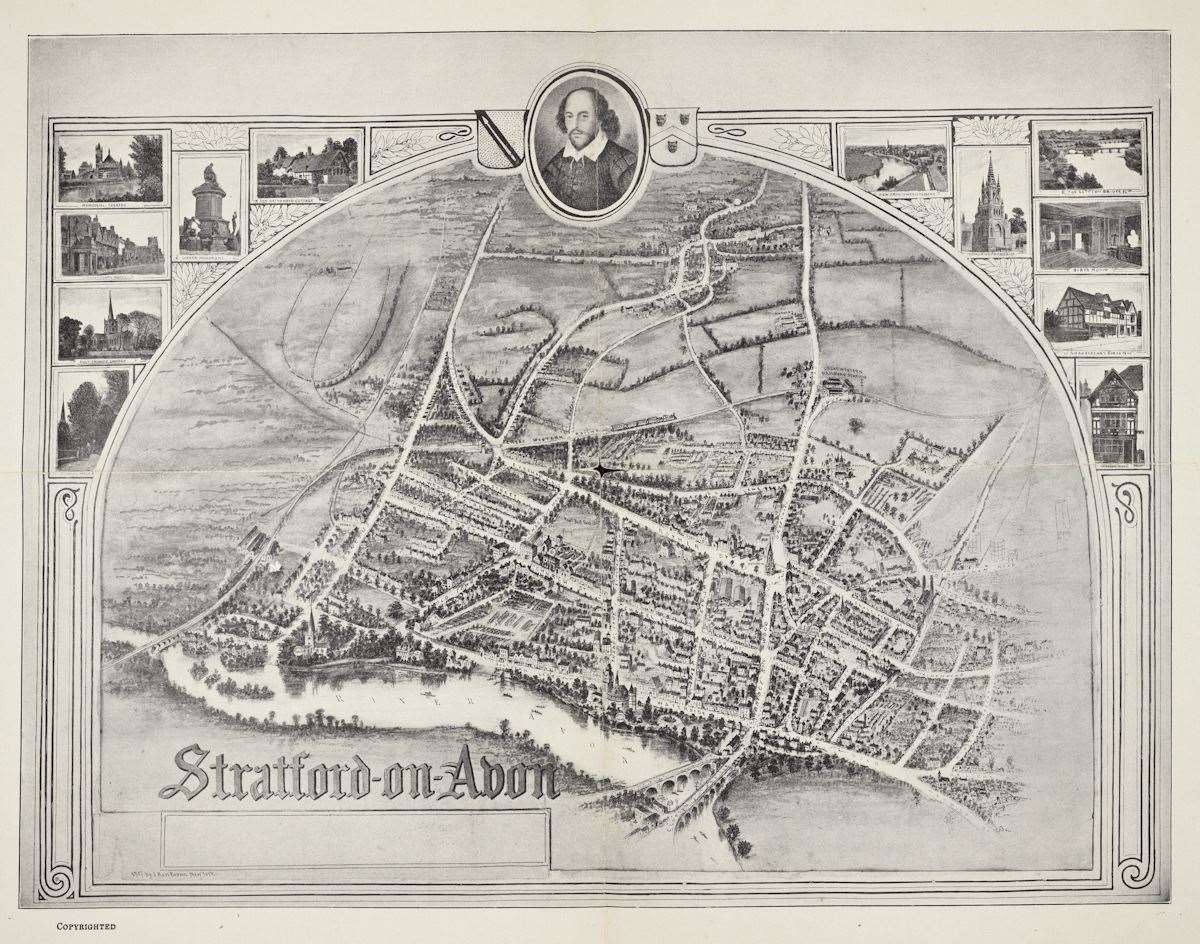 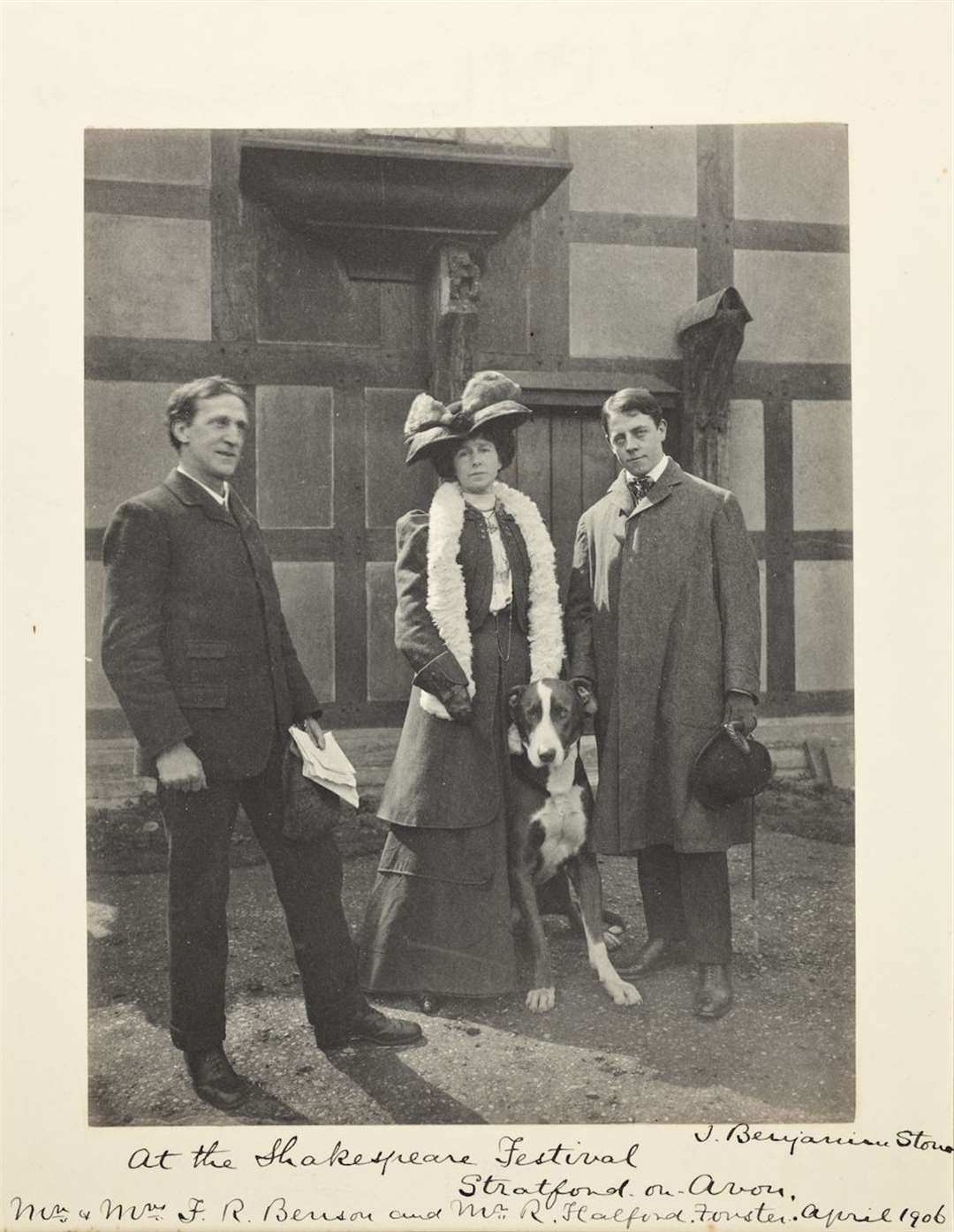 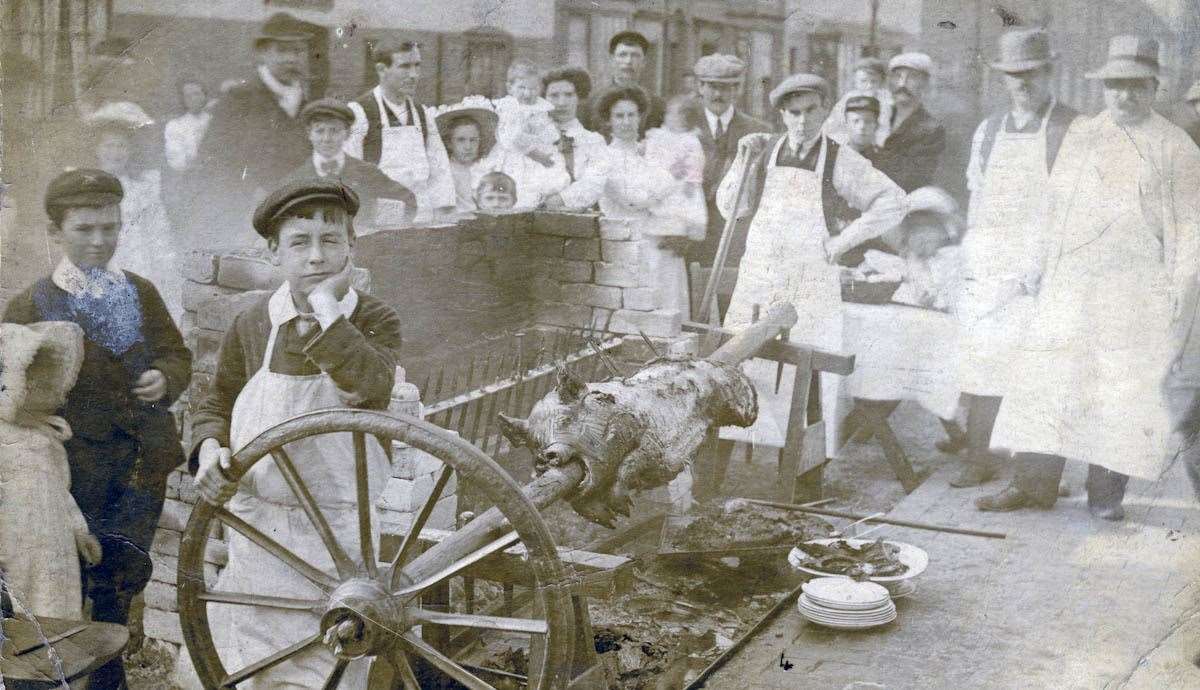 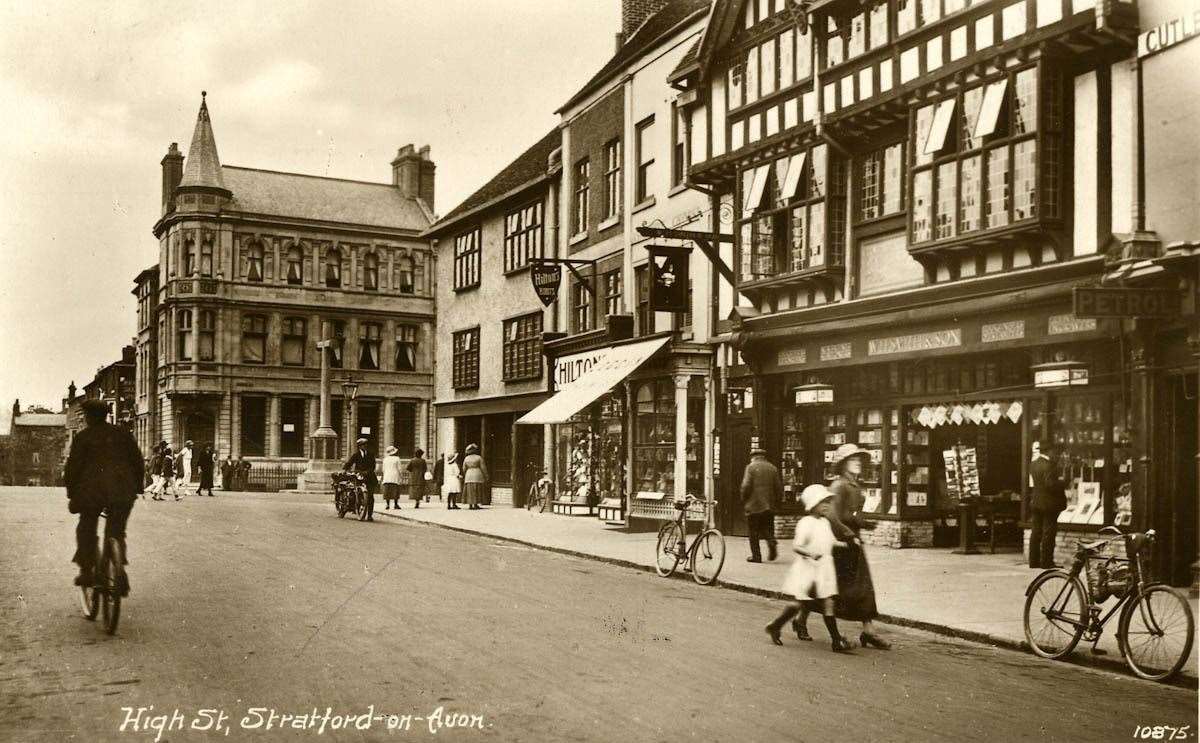 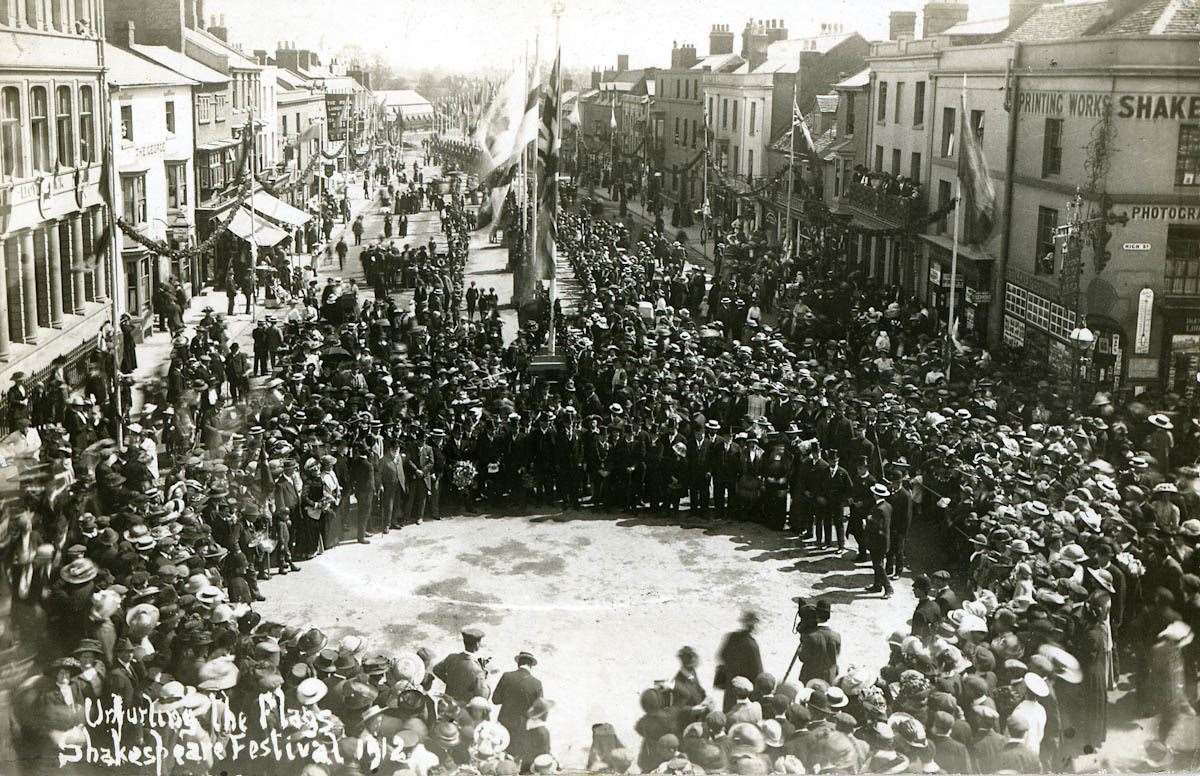 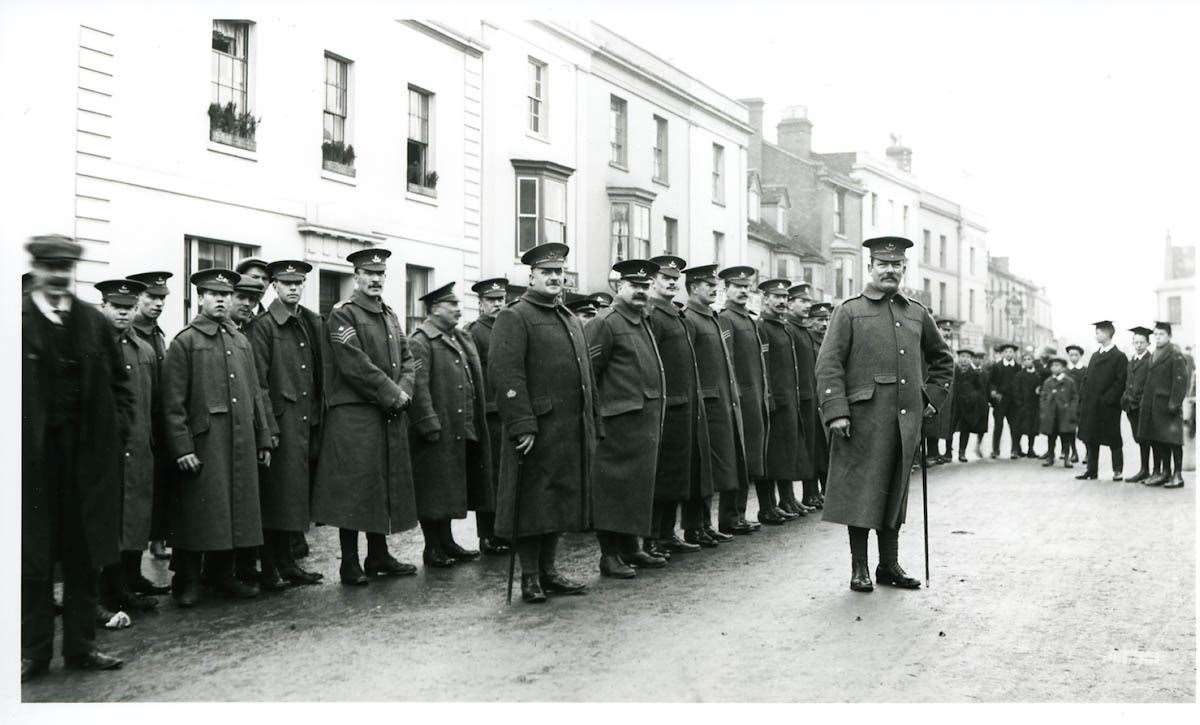 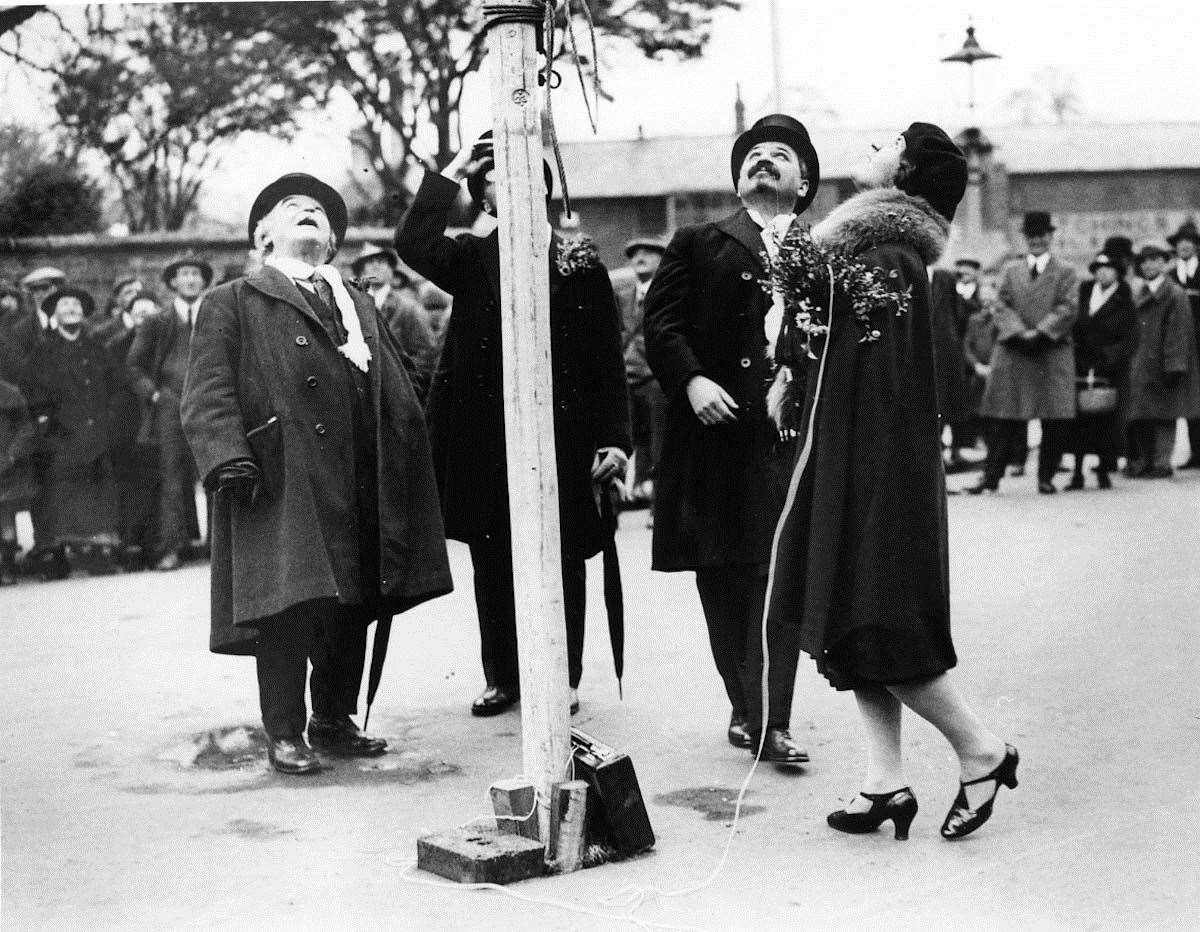 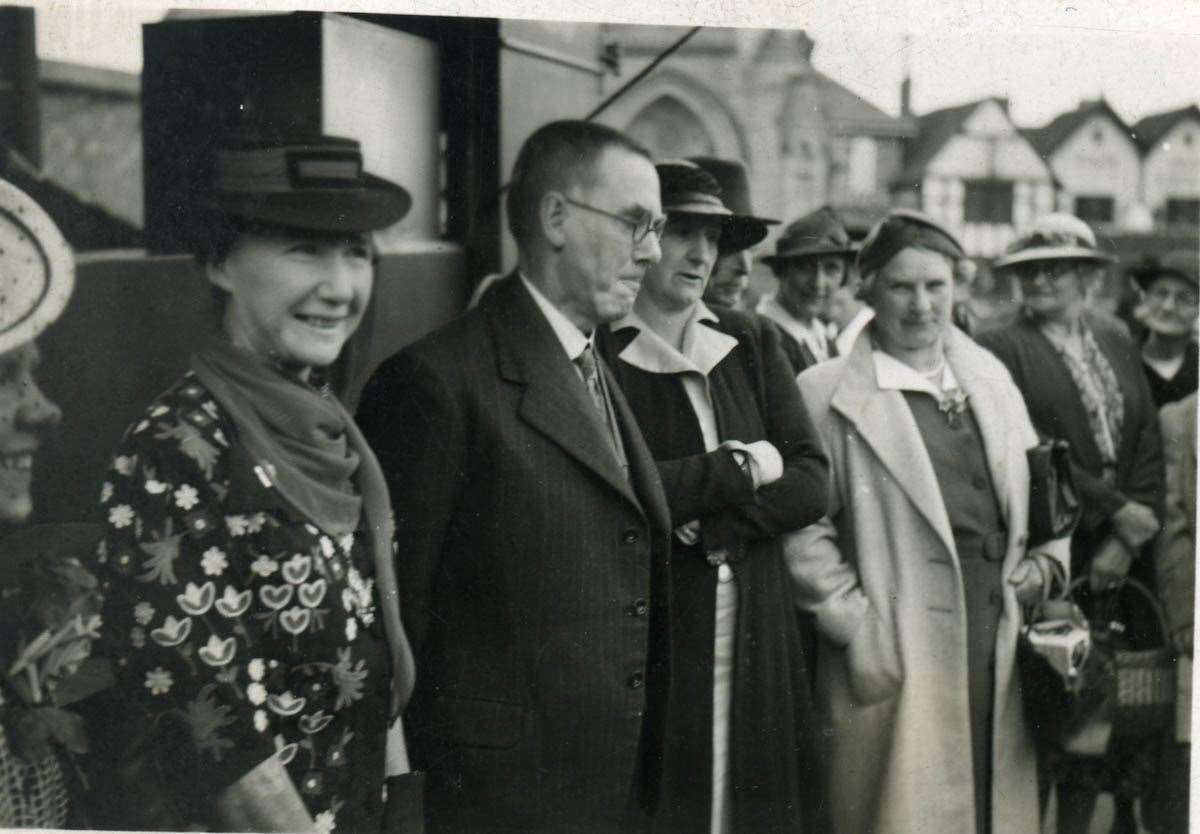 Other figures demonstrate positive progress in health, housing and employment. Infant mortality in 1861 was over 130 deaths per 1,000 live births, whereas in 2001 it had fallen to 3.65. To put this into context, the figure of 130 infant deaths is much higher than in any region in the world today.

Overcrowded housing has reduced dramatically. In 1911 around a fifth of Stratford’s population were living in households with more than 1.5 people per room. In 2011, this had fallen to 0.2 per cent.

However, the facts and figures only tell part of the story. Behind the numbers are a wealth of stories revealing the rich life experiences of past Stratford and district residents.

We can look at the residents of Henley Street, for example, and find that in 1841 the only resident of Shakespeare’s birthplace was Ann Court, aged 70, living alone, a woman of independent means. The birthplace was sold to the Shakespeare Birthplace Trustees in 1847 soon after this census.

Not far away, in Wood Street in 1901 was the dwelling place of another William Shakespeare, a boot and shoe maker, and his wife Mary, who was employed as a staymaker and furrier.

A few miles outside the town at Hatton was the county asylum, which in 1911 housed over 1,000 "lunatics", 89 attendants and 17 domestic staff. Most of the inmates were working-class but there were a few professionals, including former teachers, clerks and insurance agents. Intriguingly, their numbers also included a former asylum nurse and an attendant from Shakespeare’s birthplace.

The vast majority of the population of Stratford and its surrounding area were British-born – but not entirely. Gyula Székács from Hungary managed a lighting installation company from the village of Pathlow in 1911, while Henry Schwarz was a German metal dealer living at Avon Carrow in Avon Dassett.

Alongside those migrating from Europe for work, there are fascinating glimpses of the importance of the empire in this period too.

The postmaster for Stratford in 1911 was William Doonan, born in the city of Secunderabad in India.

In Kenilworth, Florence and Edith Kortright, who were the daughters of a leading sugar refiner in St Kitts, had been sent to Warwickshire to receive an education. They are listed as pupils at Jessie Blatch Cox’s grandly named Cumnor College, on Abby Hill in Kenilworth. The subjects taught to Florence and Edith appear to be English, music and French.

At Arley, in north Warwickshire, Albert Atwell had travelled from Barbados in the West Indies to seek work as a coal miner, lodging with a local collier and his family.

At the church of St John’s, Ladywood, near Birmingham, the vicar was Arthur Runnels Moss, who was born in St Vincent and was of mixed-race descent. On the census form he notes that he is British by parentage. He is living in the vicarage with his wife, five children, two servants and his nephew, insurance agent Arthur Moss Mackie – also from St Vincent.

The release of the population figures after each census was a source of pride and competition in the district. In 1901 there was an outraged letter in the local paper because a national newspaper had claimed the parish of Chapel Ascote, between Bishops Itchington and Ladbroke, had no inhabitants. In fact, the writer spluttered, the population of the parish had doubled from two inhabitants to four.

Concerns were regularly raised about a worrying decline in the rural population of Warwickshire and what this may mean for the county. In 1901, for example, the local MP noted how the census revealed the ongoing depopulation of rural districts and called for a public debate about how young men could be kept employed in agriculture.

Spare a thought, too, for the hardworking census enumerators. An article in the Warwickshire Advertiser in April 1901 related how many of the "poor" people thought the blue census schedules being delivered were summonses, and how many of the "wise folk" railed against the waste of money and the absurdity of the law. The writer explains that a regular hazard is filling the form in on a table laden with "fried potatoes, bread crusts, baby’s bottles, and dripping".

One of the most unique returns had all its information written on the front of the schedule: the householder would not touch the insides at all. Instead of returning his age, he copied an extract from the family bible: "John Smith born at Wasperton in 1824."

Another avoided the lines and columns but instead wrote an essay explaining his life story. He refused to describe his wife as "married" because, he said, it was obvious she was. In Coventry, one householder gave his occupation as "April fool".

The census has also been used as a means of protest, most famously in 1911 when women’s suffrage campaigners either boycotted the census entirely or added amendments and graffiti to their entries.

Ada Florence Wightwick, a member of the Conservative and Unionist Women’s Franchise Association from Leamington, signed her name at the bottom of the form stating that she was "a non-militant suffragist (at present!)" and all round the border wrote, "Votes for Women". Ada would never find out, but the frustrated enumerator receiving her form added the word "No" in front of each slogan.

The less militant Phillis Dowson, living with her glass manufacturer husband at Yew Tree Cottage in Lapworth, described her occupation as "women’s suffrage and philanthropic worker". Phillis, the daughter of an Oxford professor of physics, published the Women’s Suffrage Cookbook in 1912, filled with recipes supplied by activists in the votes for women campaign.

Every census is slightly different in the questions it asks and the same is true in 2021: this census will ask about gender identities and also if people have served in the armed forces.

So please complete your census form – most people will do so online this year. Future historians will thank you for it.