ON Friday (1st April) it was 20 years to the day since Ian Southam started his new independent business in Stratford. 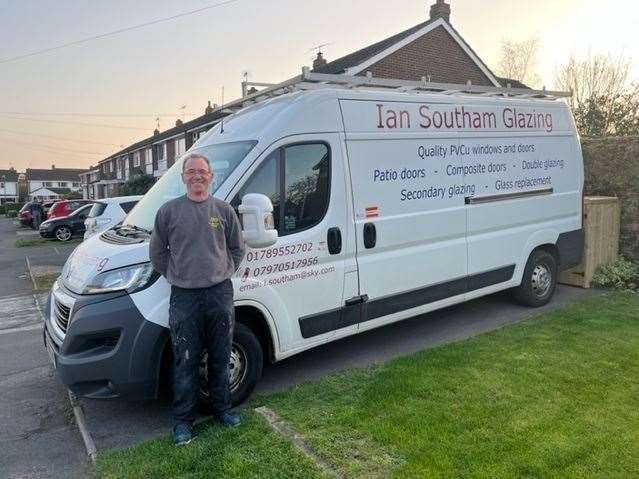 Ian Southam Glazing was set up on 1st April 2002 after Ian had spent 25 years working for his father, Stan Southam, at Nelder & Southam in Mulberry Street, where he became a partner in 1989 following his dad’s retirement.

Ian left Nelder & Southam on 31st March 2002 and began work as Ian Southam Glazing the next day, and while business was slow to begin with, he can now look back on 20 years as “Stratford’s go-to glazing and windows installer”.

“I don’t know anything else to be honest,” said Ian. “So in that respect it’s a bit of a passion. When I told my dad I was thinking of starting up on my own, there was a sharp intake of breath, and he said, ‘It’s a bit of a risk’, but that he’d support me in whatever I decided to do, so I started the next day.

“It takes years to build up a good reputation but next to nothing to destroy one, so I wouldn’t be able to lie straight in my bed at night knowing that I’d pulled a flanker on somebody.

“I can be in Morrisons or Tesco and someone will come up and chat, and I’ll have to say, ‘I’m sorry I don’t recognise you.’ They’ll say, ‘You did my glazing seven years ago, they’re still as good as the day you installed them’, so I think I must be doing something right.”