Shakespeare Birthday Celebrations 2022: Your Guide to What's Happening, When and Where

AFTER a long wait, Shakespeare’s Birthday Celebrations will be back this spring providing Stratford with a weekend of events and tradition. 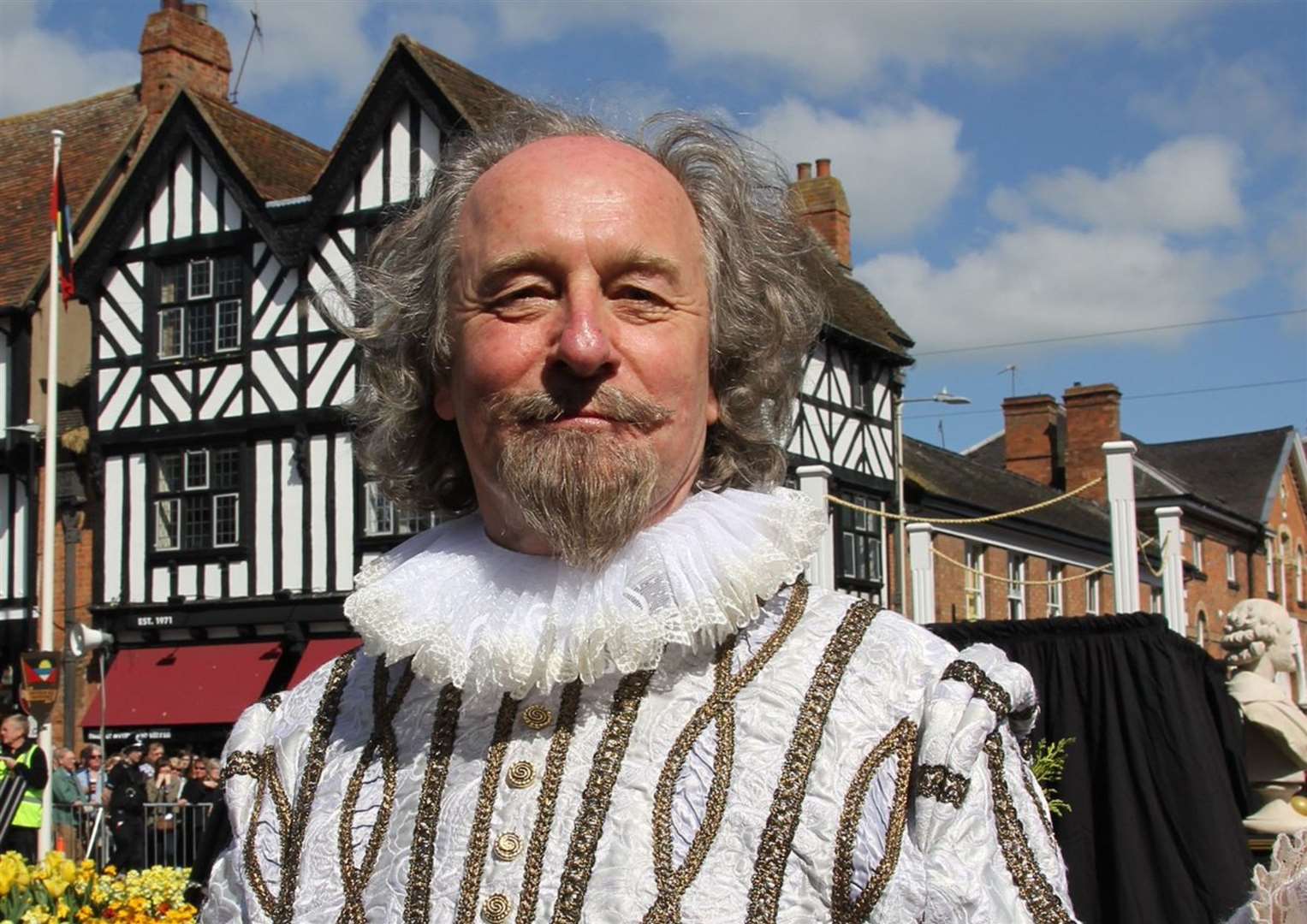 Covid forced the cancellation of the past two live events, but with restrictions now removed the celebrations are making a welcome return as well as an expected boost to the local economy.

Stratford mayor Cllr Kevin Taylor said: “It’s great to see the return of the Birthday Celebrations, I’m delighted that they’re back as they’ve been sorely missed.

“For me the birthday celebrations should be one of our premier events of the year, and it’s a celebration that we should make more of in the future and extend, as it’s such a big attraction that brings people to the town. I’m incredibly honoured that it’s happening in my mayoral year and I am looking forward to being part of it.

“I’m a great supporter of uniting groups around the town, and anything that allows us to do that is top of my priority list. So, I’m hoping that we’ll see huge crowds of people and that the community come out to support it.”

Bennet Carr, headmaster at King Edward VI School, added: “It’s going to be absolutely brilliant to have the parade again, we’re really looking forward to it. Let’s hope the sun shines because it’s got the makings of a terrific day, and it’s happening in the Easter holidays, so the town will be full of visitors.

“All the students will be coming in, and it’s not a hardship for them as they see it as a real privilege to carry on the tradition.”

This year the Russian flag, usually one of those included along the route of the Birthday procession, will be replaced with the Ukrainian flag. The music starts in Bridge Street from 9.45am ahead of the procession that will see guests, dignitaries, school children and ‘Mr Shakespeare’ parade through town. The flags along High Street, Henley Street and Bridge Street will be unfurled at 11am, followed by the National Anthem.

Students from King Edward VI School will march through the area to lead the procession to Holy Trinity Church, followed by the ATC Band and some of the town’s the primary school children, and then the WMFS Band and the civic procession.

Spectators, intent on going to the church to lay flowers, can join the end of the procession and will be followed by Shakespeare Morris.

At 11.40am the procession will pass through Holy Trinity Church, where flowers will be laid at Shakespeare’s grave.

The annual event will be in the Theatre Gardens at midday with actor and presenter Alexander Armstrong as host.

The Pragnell Shakespeare Birthday Award is presented each year at the lunch to an individual who has furthered society’s appreciation and understanding of the Bard’s work, with Adrian Lester set to get this year’s honour.

The RSC will be holding a day of free activities and performances.

The Unwrapped session, at 10.15am, will be in the Royal Shakespeare Theatre, where they will be unpacking the plays and demonstrating some of the skills that are used in making their productions.

There will be a free performance of Out of the Deep Blue by Autin Dance Theatre, featuring a 13-foot-tall puppet, pictured. Staged in the Swan Gardens outside the Swan Theatre at 3.30pm, this performance will follow Eko, a sea giant, and Violet, as they tell a tale of the climate emergency through dance, movement and puppetry.

There will also be a free puppet workshop from midday to 1.30pm in the Swan Theatre foyer, where children ages six and up can make their own puppet inspired by Eko. Booking required. An art instillation will also be in the Dell Forest Garden, with the banks of the Avon transformed into a magical outdoor lounge. 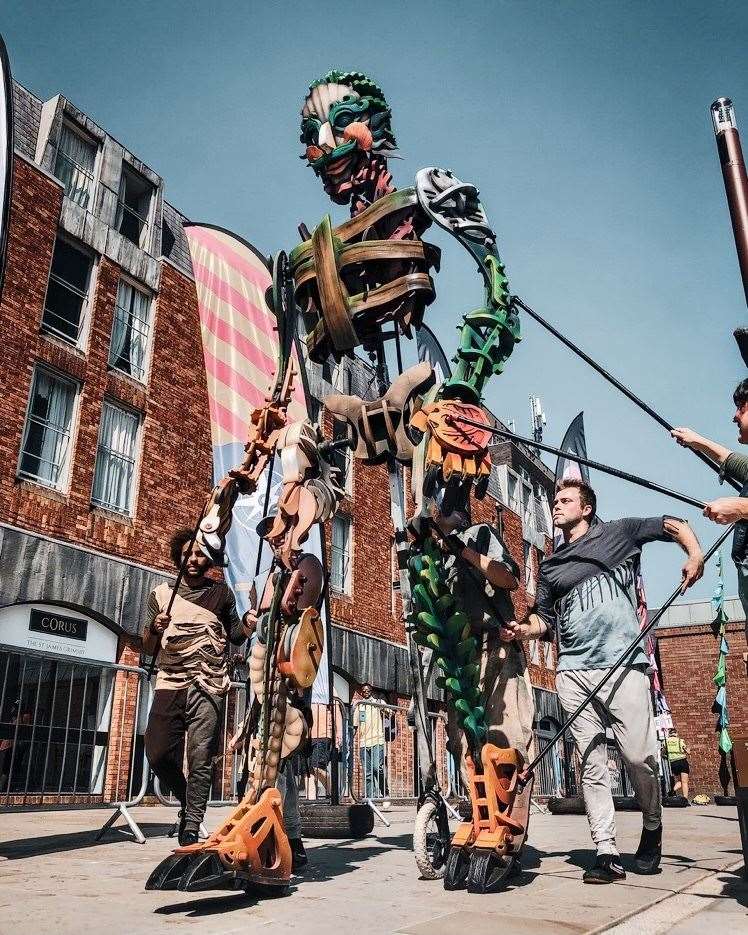 The Shakespeare Birthday Lecture is entitled Stormy Weather: Shakespeare in a Changing Climate, and will be delivered by Prof Sir Jonathan Bate, of Arizona State University. It will be a digital event hosted live on Zoom at 4.30pm Tickets £10.

The K’antu Ensemble will perform a blend of folk and world music throughout the morning on Henley Street. During the afternoon there will be interactive performances and workshops in the gardens of Shakespeare’s New Place.

Residents with a CV37 postcode can enjoy free entry to Shakespeare’s Birthplace, Anne Hathaway’s Cottage and New Place, 10am-5pm. Visitors should present proof of address at the ticket desk.

Guides from SBT and Warwickshire Wildlife Trust lead a walk across Welcombe Hill as part of the Sustainable Shakespeare programme. Learn about the connections between the Bard’s work and the natural world. The walk starts at Rowley Fields and will last around two hours. Booking essential. 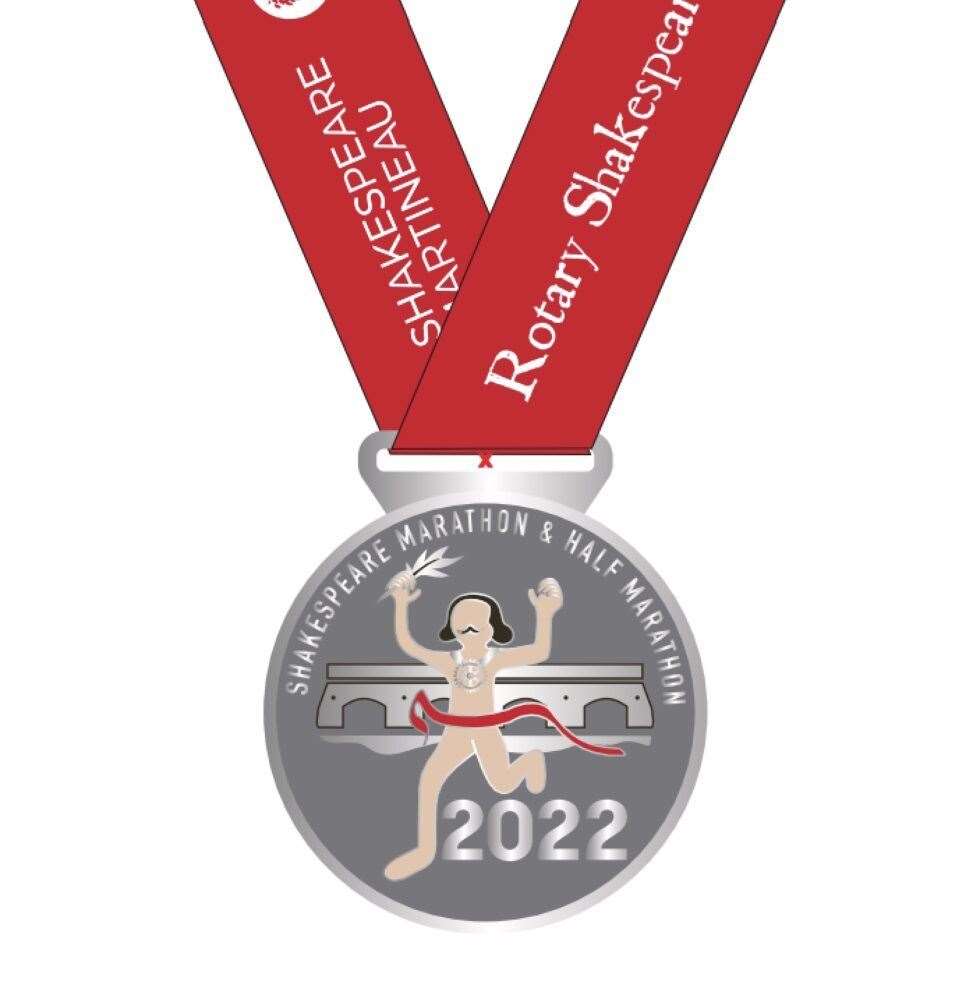 The Shakespeare Marathon and Half Marathon will see thousands of runners follow a course around the sights of Stratford and some of its surrounding villages before finishing the race on the Rec.

Organised by Stratford Rotary Club, the event supports charities including Shakespeare Hospice, Stratford Samaritans and Lifespace Trust. Starts from 9am.

The Shakespeare Service, Holy Trinity Church, 11.15am. The church will receive the ceremonial quill from KES head boy, William Warner, and place it above Shakespeare’s grave. At 12.30pm the sermon will be delivered by Rev Paul Fiddes, along with performances of verse and music from the current RSC ensemble.