Rowan to don the mitre again for Henry V reading

ROWAN Williams returns to his old job as the Archbishop of Canterbury when he reads the role in Henry V as part of the Shakespeare’s Coming Home fundraising project. 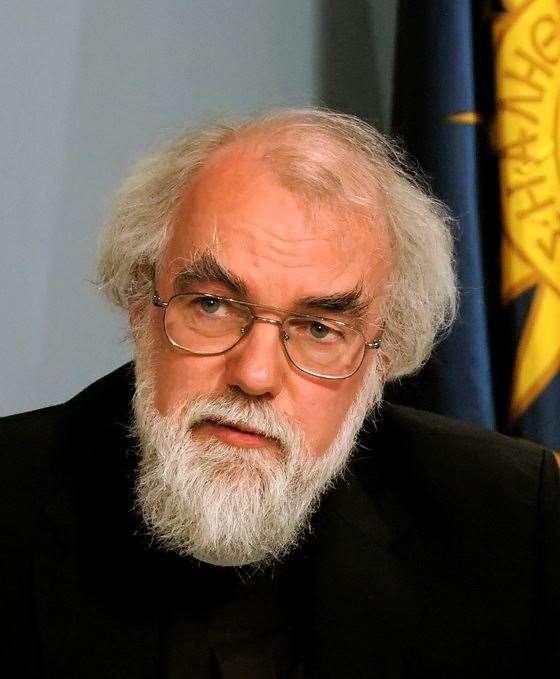 Rowan will be joined in reading Henry V and Henry VI by his son, Paul ‘Pip’ Williams, who is an actor, writer and director, and other volunteers.

Rowan told the Herald: “The archbishop character in Henry V is an absurdly wordy speaker and will be fun to do.

“I studied Shakespeare and have been visiting Stratford since I was 12 or 13, and we’ve brought our children here so it’s on the family map.

“My favourite plays are The Winter’s Tale, King Lear and Macbeth – which brings so much in terms of language,” Rowan said.

Every year he joins 50 to 60 people who are part of a group called Shakespeare Retreat and includes the Shakespeare Birth place Trust’s Revd Dr Paul Edmondson and Sir Stanley Wells.

“We’ve been organising these discussions for eight years now and I really look forward to them.

“It was Paul’s idea to help fund the return of Shakepeare’s renovated statue to Stratford Town Hall with the reading of his complete works,” said Rowan.

He has “wonderful, warm memories of Stratford”, including Sir Antony Sher’s The Tempest at the RSC in 2009.

Rowan has preached at Holy Trinity and he’s taken part in panel discussions about the Bard with RSC artistic director Gregory Doran.

Rowan is going to give his Shakespeare readings his “best shot”. He added: “For me the sheer energy of the language goes to a new level of innovation.

“There’s also the flow of imagery and intoxicating courage of the plays and the mixed endings. We have happy things that end up sad and tragic things that might not end up that way.

“He really takes you to the edge and allows light and shade. He hangs on to us as we look over the edge almost like he’s helping us to have a closer look.”

After its renovation, Shakespeare’s statue returns to Stratford and will be unveiled by Dame Judi Dench and Sir Kenneth Branagh the day before the Bard’s birthday celebrations on Saturday, 23rd April.

Tickets are on sale for the readings of Shakespeare’s plays and sonnets, providing the chance to hear some of the country’s finest actors in action.

David Troughton and family, Dame Harriet Walter and Dame Janet Suzman have all confirmed they will be reading as part of Shakespeare’s Coming Home, as will Sarah Douglas, Phillip Breen, Andrew French and Prof Sir Stanley Wells.

There’s also a chance to hear RSC actors read Much Ado About Nothing, the Bishop of Warwick and lots of Stratford’s theatre groups, politicians and residents.

For a full list of the readings, their dates and times, as well as availability of tickets visit https://www.ticketsource.co.uk/shakespeares-coming-home