The three-year project cost £112million and was funded by the RSC with help from the Arts Council and Lottery money.

The Royal Shakespeare Theatre and the Swan were closed during the work, and productions – including the blockbusting Matilda – went on at the Courtyard Theatre (now called The Other Place).

The RST, aka the main house, got a new auditorium with more than 1,000 seats and a colonnade linking it with the Swan Theatre. A new gallery space, restaurant, café, four bars and a new riverside walk were also created. 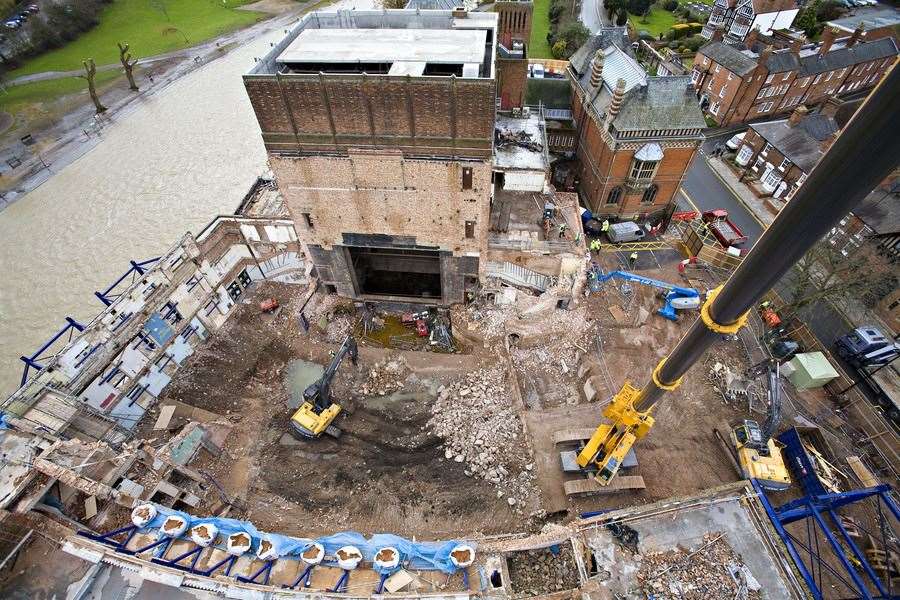 A new 36m (118ft) high tower meant visitors could appreciate the fine view which takes in four counties on a clear day.

The Queen was accompanied by the Duke of Edinburgh and the pair enjoyed a short performance of the balcony scene from Shakespeare’s Romeo and Juliet.

The official opening coincided with the company’s 50th birthday season, which saw productions of King Lear and Romeo and Juliet – the first to grace the new stage. The season also included productions of The Merchant of Venice, Macbeth and A Midsummer Night’s Dream. Harold Pinter’s The Homecoming was also staged.

The then RSC artistic director Michael Boyd said: “Our new home isn’t just about brilliant brick work, inviting public spaces, and nearly trebling the number of ladies’ loos, though it has those. It’s a miraculous marriage of the epic and the intimate.”