Charles Bates was mayor of Stratford when Prince Philip and The Queen came to Stratford in 1996 on the 800th anniversary of the town’s charter. Sharing a few anecdotes, Charles recalls how he and his wife Tessa – who sadly passed away last year – acted as hosts to the royal pair.

Prince Philip and The Queen were in quite high spirits; they obviously really enjoyed the visit. It was 1996 and the 800th anniversary of the town’s charter. The Queen came and unveiled the Swan Fountain.

I sort of looked after The Queen while my wife Tessa looked after Prince Philip. Unfortunately Tessa has passed on now – she had cancer.

I’ve got quite a few photos from the day and Tess and Prince Philip are laughing together in all of them, she had a marvellous day. 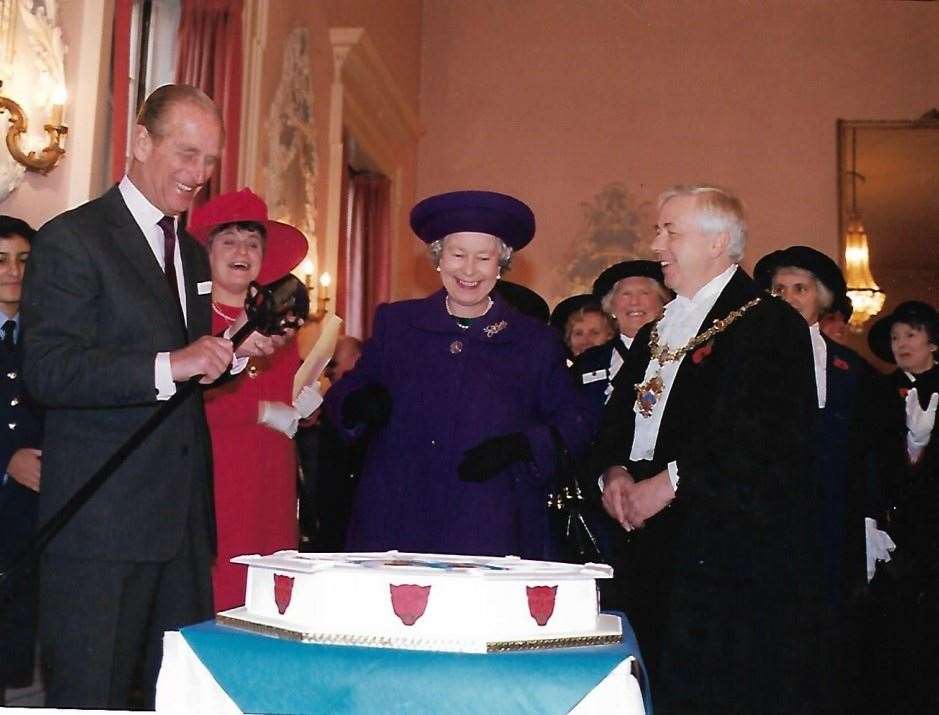 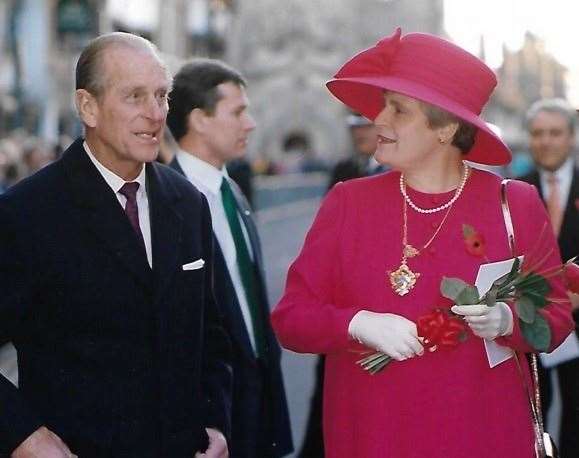 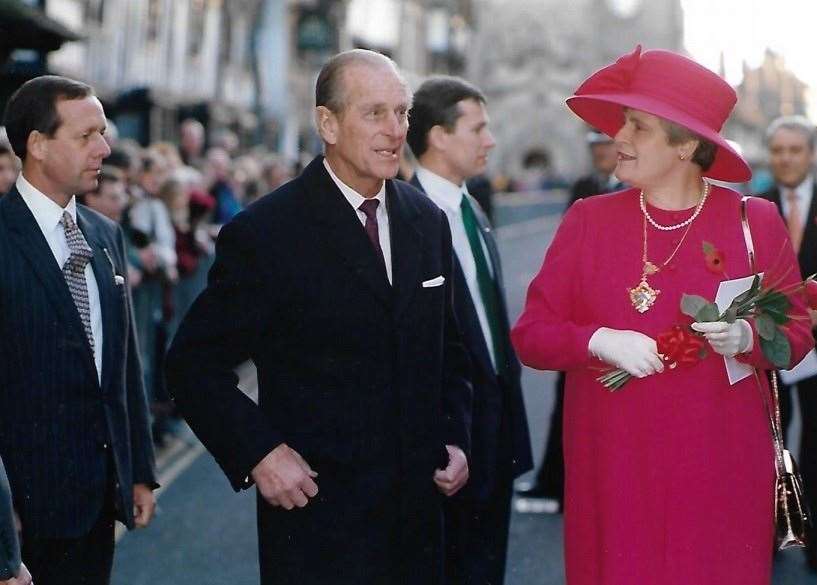 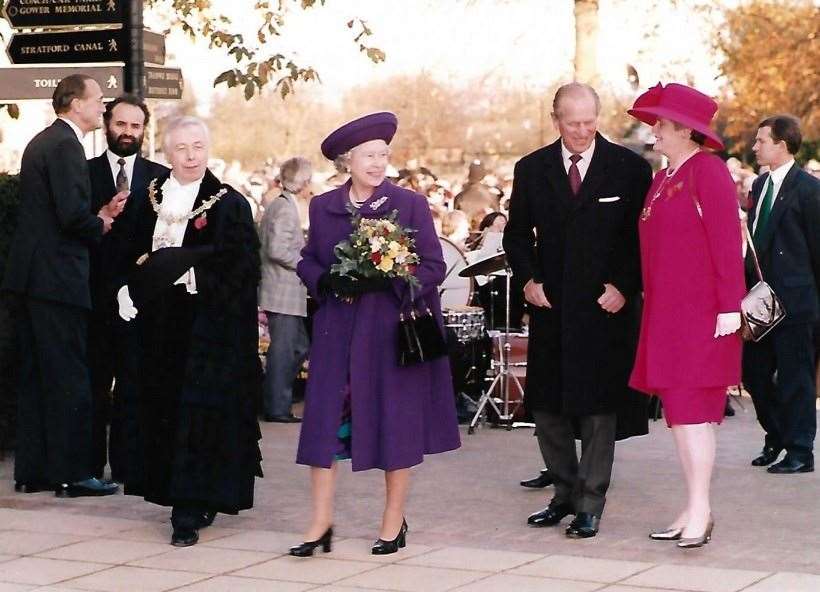 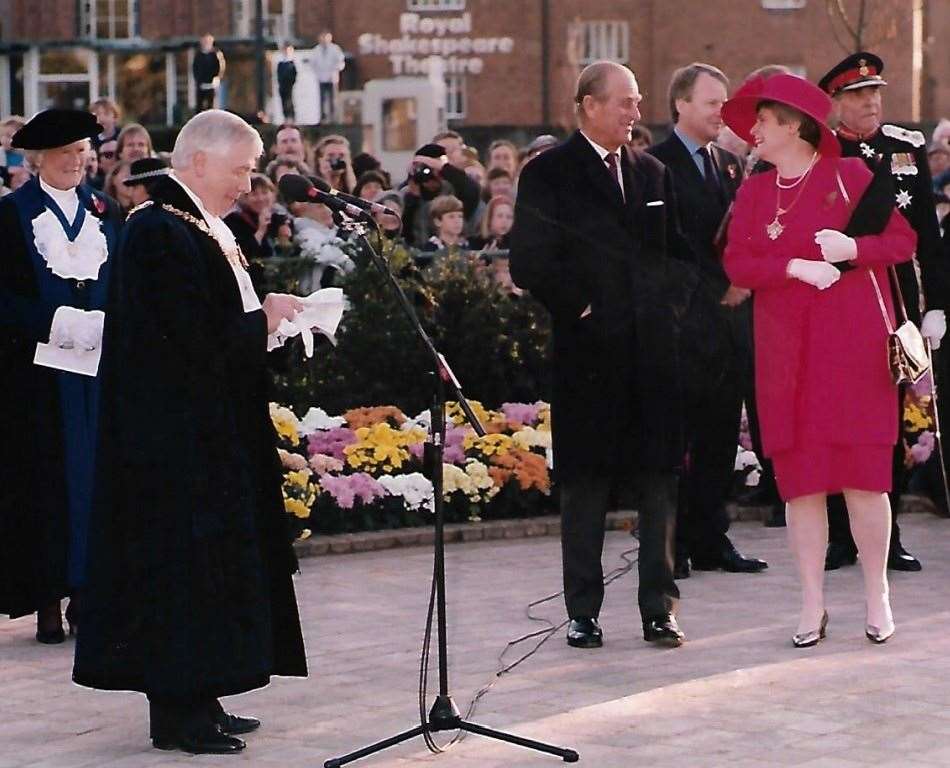 While the Queen and myself visited the Guild Chapel, and the duke visited Big School [the schoolroom where Shakespeare is believed to have been a student]. Afterwards we gathered together outside As we proceeded to the town hall, we passed a Salvation Army officer, who was stood by a parking sign. Philip stops and enquires, “What are you doing here?”; and they replied, “Waiting to see you and the Queen, sir.” So Philip points to the sign and joked, “But it says no waiting!”

As we then went by Barry the Butchers, they’d got a great big sign across the window and it said ‘Best British beef fit for a queen’.

Philip shouted over, “Oh, you’ve got some beef there – are you selling much?” They responded, “Yes, we’re selling plenty of it, sir.” Then Philip said, “Good, we’ve got some cattle we can let you have…” The Queen turned and said, “Mr Mayor, we’d better move on before he sells the herd.”

As we got to the town hall my daughter was looking down on the royal party from one of the windows standing on a chair, which she hopped off. Later he spotted her and said ‘Did you hurt yourself when you fell from the chair?!’ He was astute and caring.

We’d ordered this big cake for the 800th, which the Queen and duke were meant to cut – but the baker had forgotten to leave a pre-cut section, which is what you are meant to do. But again, they took it all in good spirits and managed to cut the cake, even with the huge ceremonial sword.

Their visit came at a difficult time for the royal family. It was quite poignant that after the reception they went on to the balcony at the town hall, with a cheerful crowd below, and I heard the Queen say to the duke: “Well, Philip, they still like us.” He smiled and nodded.