Hathaway Tea Rooms in High Street has been a landmark in Stratford-upon-Avon for 90 years. Like many local hospitality outlets it has had a bleak year and is currently closed and the lease holder has put the tea room business up for sale. Here, John Kingsley, the owner of the 17th century house from which the business operates, tells Gill Sutherland about the property and his family history.

A hundred years ago, my mother’s family, the Riders, owned and occupied the properties 19 and 20. They lived in number 19 and my grandfather, Arthur Rider, followed his father Alfred in running a boot- and shoe-making and repairing business, with their retail outlet at number 20. It would have been in the 1930s that my grandfather decided to move the family out of the house and let it out as a tearoom, which we still do to this day. The adjacent number 20 has housed many shops over the years and is currently home to Roly’s Fudge Pantry.

Our family story since the first world war is quite tragic really, almost Shakespearian, so perhaps appropriate for Stratford!

Arthur and his wife Agnes Hinton had three children in the years between 1907 and 1916: the eldest being my mother Dorothy, the next my aunt Bridget and third my uncle Leslie.

Leslie was a beautiful child but was born with a congenital brain defect and the doctors forecast that while his physical development would be normal, he would require lifetime care. Dr Langdon-Down, who had formed a private institution called Normansfield in Teddington, Middlesex to accommodate the mentally handicapped, was approached (his dad gave his name to “Down’s syndrome”) and once Leslie was in his teens and couldn’t stay at home, he went to live at Normansfield. It was then about 1930, with no National Health, so Arthur and Agnes decided to form a trust using the income from letting out the tearoom to look after their son. 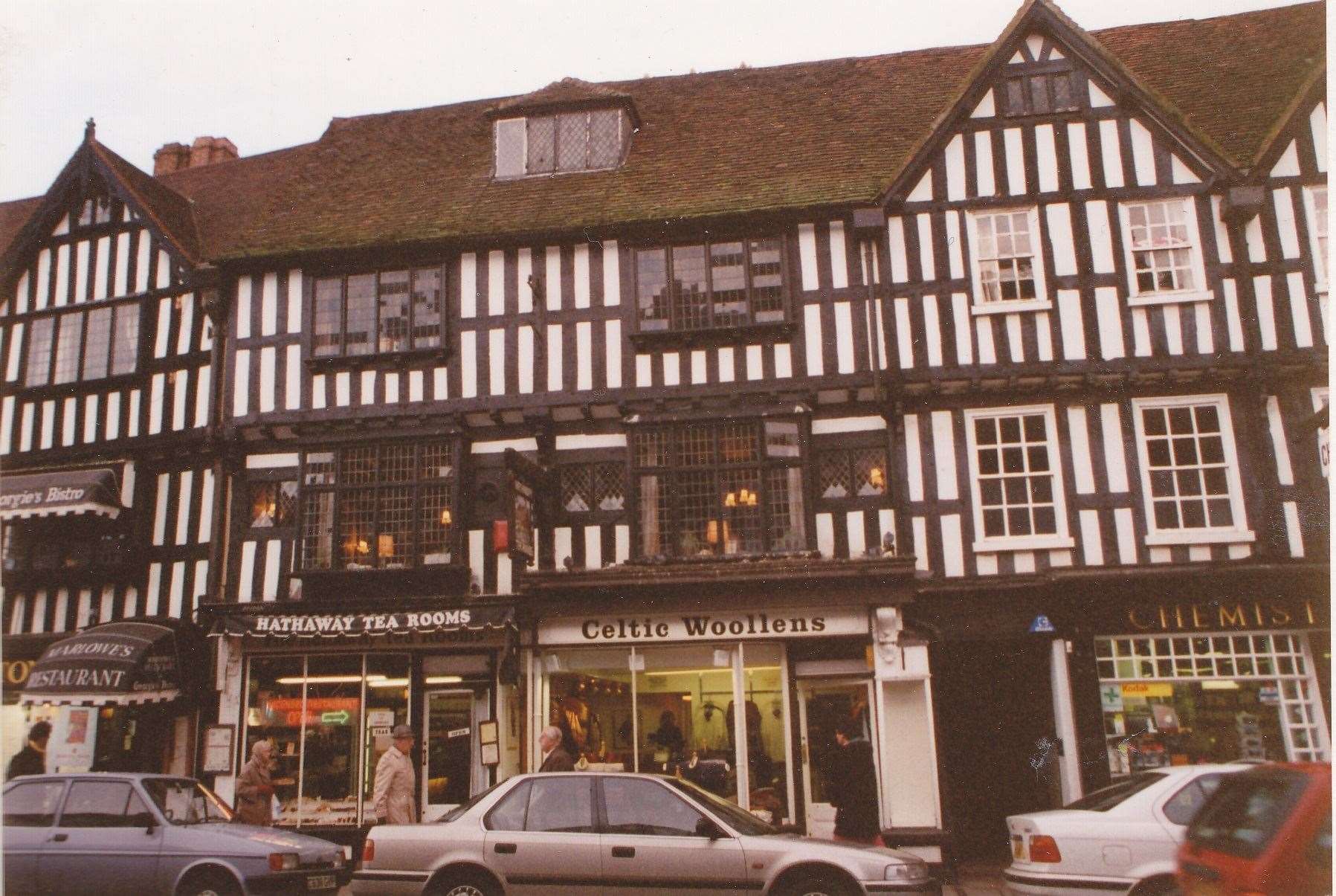 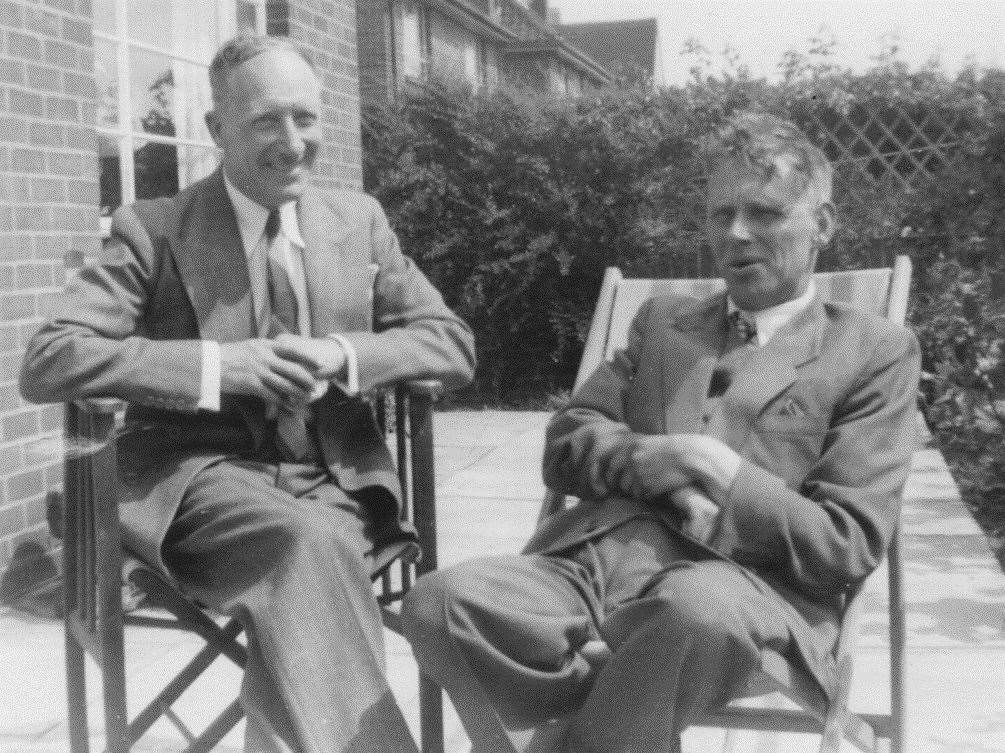 During the second world war Agnes worked hard in various voluntary organisations while Arthur continued his boot and shoe trade. Agnes was a troubled woman, never happy and bitterly blamed God for her lovely son’s incapacity.

Eldest daughter Dorothy, my mother, after training in secretarial work and hand-loom weaving, had taken up nursing, and was a senior sister in the Queen Alexandra’s Nursing Corps during the war. She saved many lives and saw many horrors, being present at the relief of Belsen concentration camp, also seeing service in Palestine. Unfortunately, though, when she came home after the war was over, she was “with child” but without husband.

This potentially brought serious dishonour on Agnes and Arthur, but they bottled it up and “kept up appearances”. Dorothy was sent off to Scotland in disgrace, returning a year later with a little blond boy, sound in wind and limb ¬– and this was, of course, me.

Arthur died relatively young in 1952, just around the time the National Health was established and Leslie’s care came under its aegis.

In pursuit of work, the remaining three women and I moved house to Oxford. It was there that my aunt Bridget, a talented ballet teacher, set up a dance school, and my mother continued nursing.However, fate intervened again and Bridget was stricken with cancer and died a few years later in 1960. Leslie still had regular contact with his mother and sister Dorothy, and I remember a day trip to London for a ride on a river steamer with him, which he absolutely loved.

I had been sent off to boarding school at age eight, which was probably a good thing. Preoccupied with swimming, Latin and algebra, I only uncovered the family secret of my parentage when I was 14. After this Agnes, who my mother was now caring for, seemed to no longer hide her resentment of my mother’s “undeserved” luck in having a “normal” child. My gran shuffled off her mortal coil in 1969 (on my birthday, of all days), and my mother moved to Stourport-on-Severn a few years later to be nearer to where I was employed in a technical ceramics factory.Her own faculties beginning to fail, she moved in with me, my wife Rachael and our four-year-old son Ian in 1986, before dying with asthma in 1989.

In his later years Leslie faced increasing problems as the move towards “care in the community” saw institutions close and patients turfed out – even though many of them, like Leslie, were not equipped to cope with modern life. He lived until he was 79 and I remember holding back the tears while speaking the Eulogy at his 1995 funeral in Holy Trinity Church by the side of the River Avon. He’s buried in the Stratford cemetery, with his mother and father.

Agnes, from beyond the grave, wouldn’t have liked the way things ended: with her middle daughter snatched away in her prime, her son denied a real life, and the cuckoo in the nest inheriting the family property.

Twenty-five years ago we were offered a huge sum for numbers 19 and 20, but we decided not to sell.

I think of the properties as a rugby ball, passed to me in 1995

and now an inheritance to pass down to succeeding generations.

Up in the attic at number 19 there’s an old dolls house. Maybe the spirits of the unfortunate Arthur and Agnes inhabit it, watching what the world and the family are up to. I’d better not let Agnes down by failing to make best use of the resources she and her husband intended for their son, who never grew up.