The reason that the Stratford district and the rest of Warwickshire is in Tier 3 is because it has been lumped in with Coventry and Solihull.

As reported in the Herald last week, WCC Conservative leader Izzi Seccombe admitted that she had co-authored a letter sent to Health Secretary Matt Hancock on 22nd November asking to be considered alongside Solihull and Coventry. Justifying the request she said: “We had been given the indication we would be looked at on a regional basis as par of the West Midlands, which would have been terrible, at the time infection rates were in the 700s in some areas of the region.”

The question is why WCC didn’t ask to be allocated a tier rating based on county, as Tier 2 neighbours Worcestershire and Gloucestershire were? 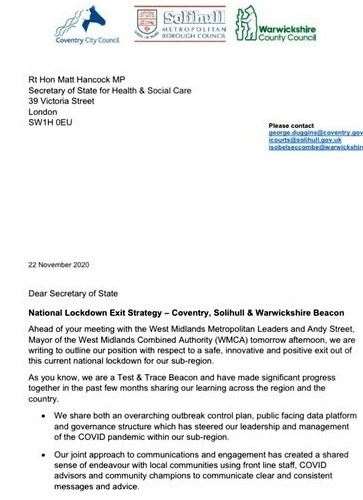 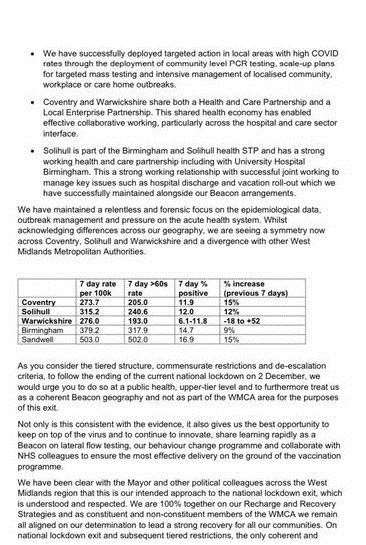 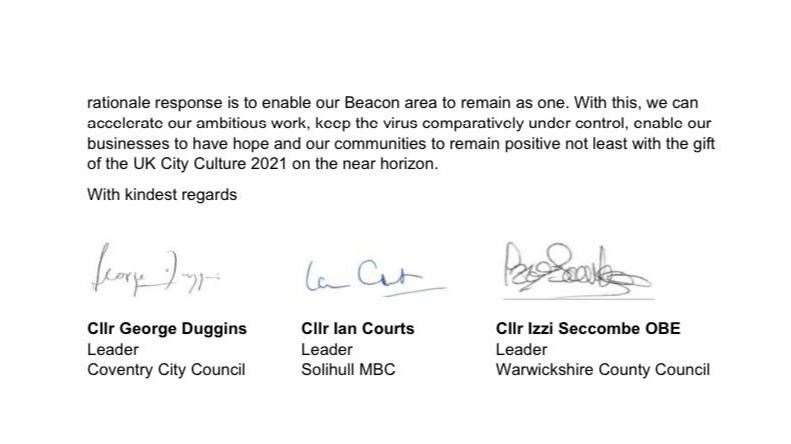 Sharing the letter on his Facebook page, Labour MP for Warwick and Leamington Matt Western said: “The decision to place Warwickshire in Tier 3 under the government's latest system of restrictions has angered our communities, damaged our hospitality sector and caused significant damage to our local economy.

“The attached letter shows that the Tory leadership of Warwickshire County Council asked for us to be grouped with Coventry and Solihull. This virtually guaranteed we’d be placed in Tier 3 given Solihull’s very high case rate.”

The MP fumed at the implication local leaders had been consulted. He said: “This letter claims local leaders were involved in the decision, I can tell you categorically that I was not. I also doubt Kenilworth MP Jeremy Wright was consulted.”

Unaware of the letter and WCC’s request Conservative-controlled Stratford District Council had made the unprecedented step of seeking a judicial review of the government’s decision to move Stratford into the Tier 3 category in November.

Although SDC has now dropped the legal action, council leader Tony Jefferson was clearly unhappy at not being informed of Izzi Seccombe’s letter. He told the Herald: “The issue is why didn’t the county council share this information with us, it would have been a significant factor in whether we went ahead with our judicial review or not. We’re very disappointed.”

The government is reviewing the tiers on Wednesday.