GENERATIONAL division and a younger population fight against a tide of misinformation is what one university student from Alcester found as she was forced to leave Russia. Maya Evans, 19, who is a Russian and German student at St Peter’s College, Oxford, was completing seven months abroad at Yaroslavl State University and had been staying nearby with an elderly host when Russia invaded Ukraine on 24th February.

As the news broke of Russia’s invasion, Maya and her fellow students were spending their reading week scattered across the country’s cities and, as they scrambled to find flights home, found a stark contrast in how news of the invasion was being covered.

“I’d been religiously checking my BBC News app, because at the time Facebook and Twitter had been blocked,” said Maya. “We were all relying on it to keep up to date, so I don’t know what we would have done without it. We watched the Russian news and it felt like we were in a bubble, because it was essentially saying, ‘Look at what the Ukrainians have done’. We were all a bit shocked because we knew that it obviously wouldn’t be an accurate representation of what was going on.

“Then you realise that people are watching this and maybe don’t have access to alternative media, so of course you’d end up believing what you’re hearing when every single news channel is pro-Putin and anti-Ukraine, calling the Ukrainian army bandits and neo-Nazis.” 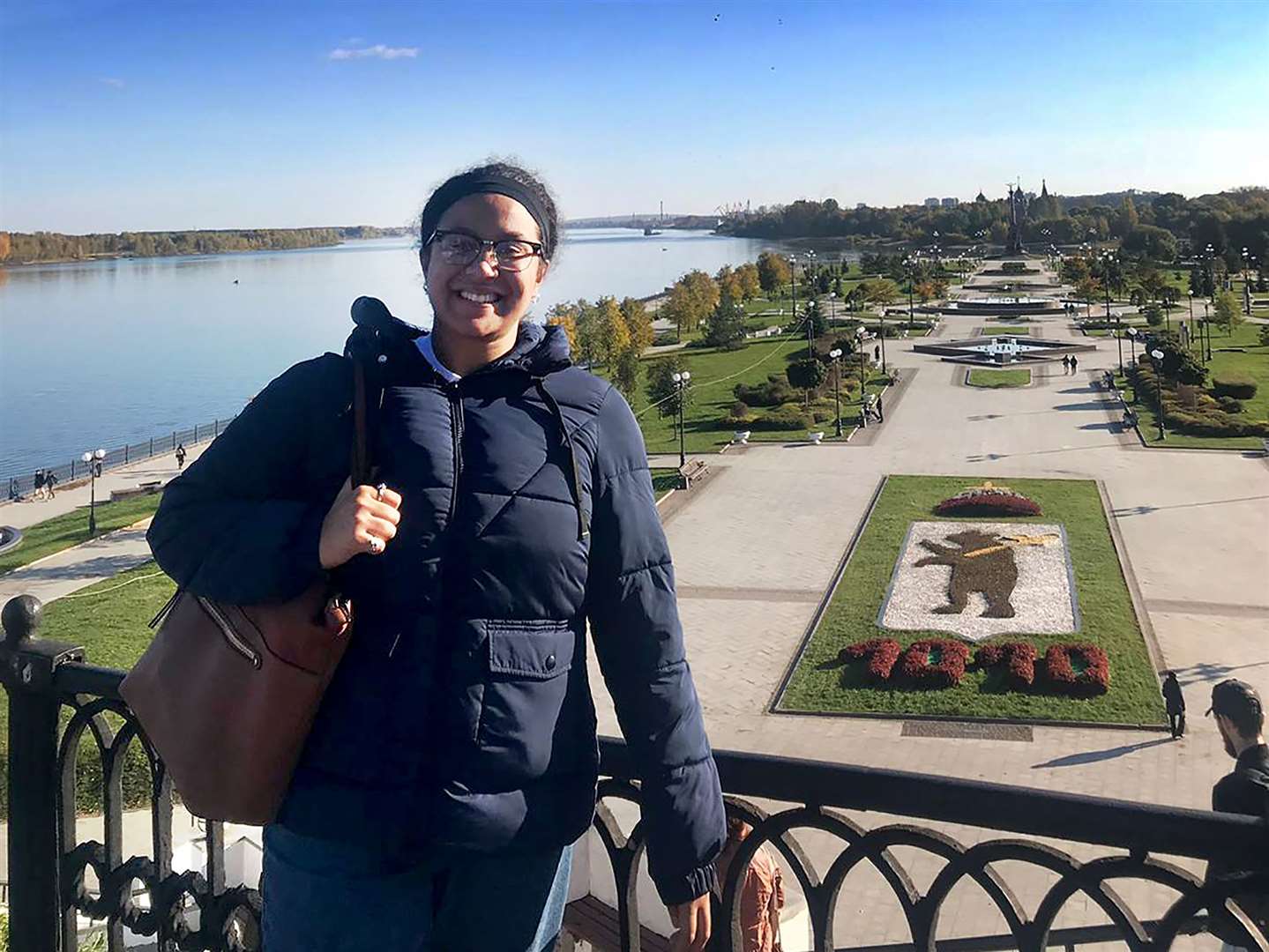 When Maya returned to Yaroslavl from Kazan before her flight home, she found this distorted take on the invasion being parroted by her elderly host, Lydia, who Maya says only ever watched two things on television: Second World War documentaries and the state TV news, Channel One. She went on to say that even prior to the invasion, her university tutor had stressed that it was a matter of ‘if and not when’, and that sceptical young Russians had come to rely on different news sources.

“I’ve been talking to my friend in Russia,” said Maya. “And she’s been saying to me, ‘I feel sad to be Russian. I’m so sad that it’s our country who’s the aggressor’. She said that she doesn’t watch the Russian news because it’s essentially all propaganda and that she used Telegram channels to find alternative news sources.

“We weren’t completely oblivious to the extremity of the situation happening in Ukraine, but when I first got back and turned on Channel 4 News it was a very, very stark contrast between the British take on the invasion and what I’d seen and heard on Russian TV. It was really jarring and strange.”