A TEENAGE boy has been arrested in connection with a fire that has destroyed a pub.

Police and fire chiefs say they are treating the huge blaze that engulfed the derelict Great Western Arms in Warwick on Thursday afternoon as arson.

The future of the pub itself, which partially collapsed during the fire, remains unclear.

It has been up for sale for a guide price of £450,000, with estate agents marketing it as having both residential and commercial potential, and it was understood to be under offer. 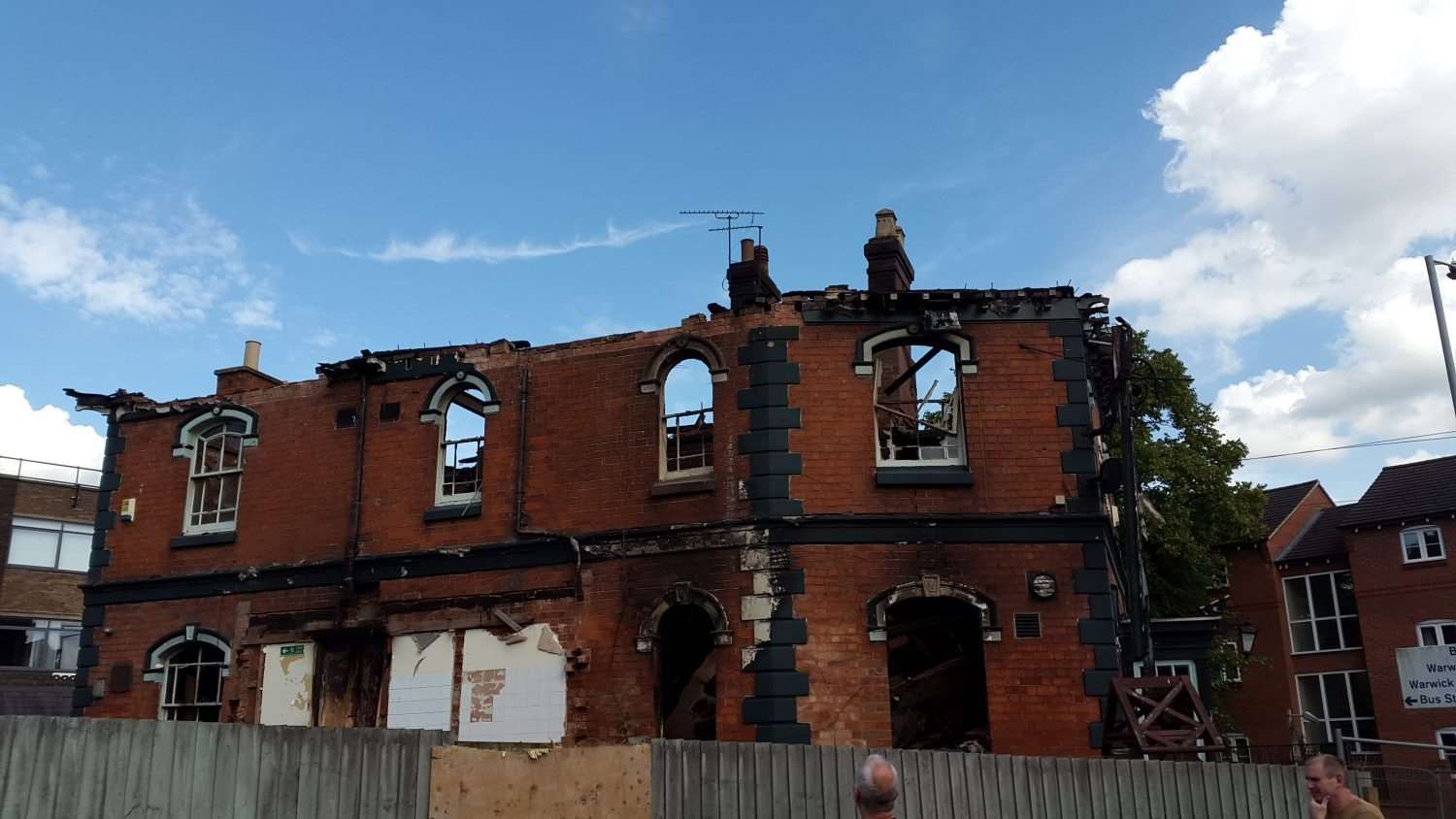 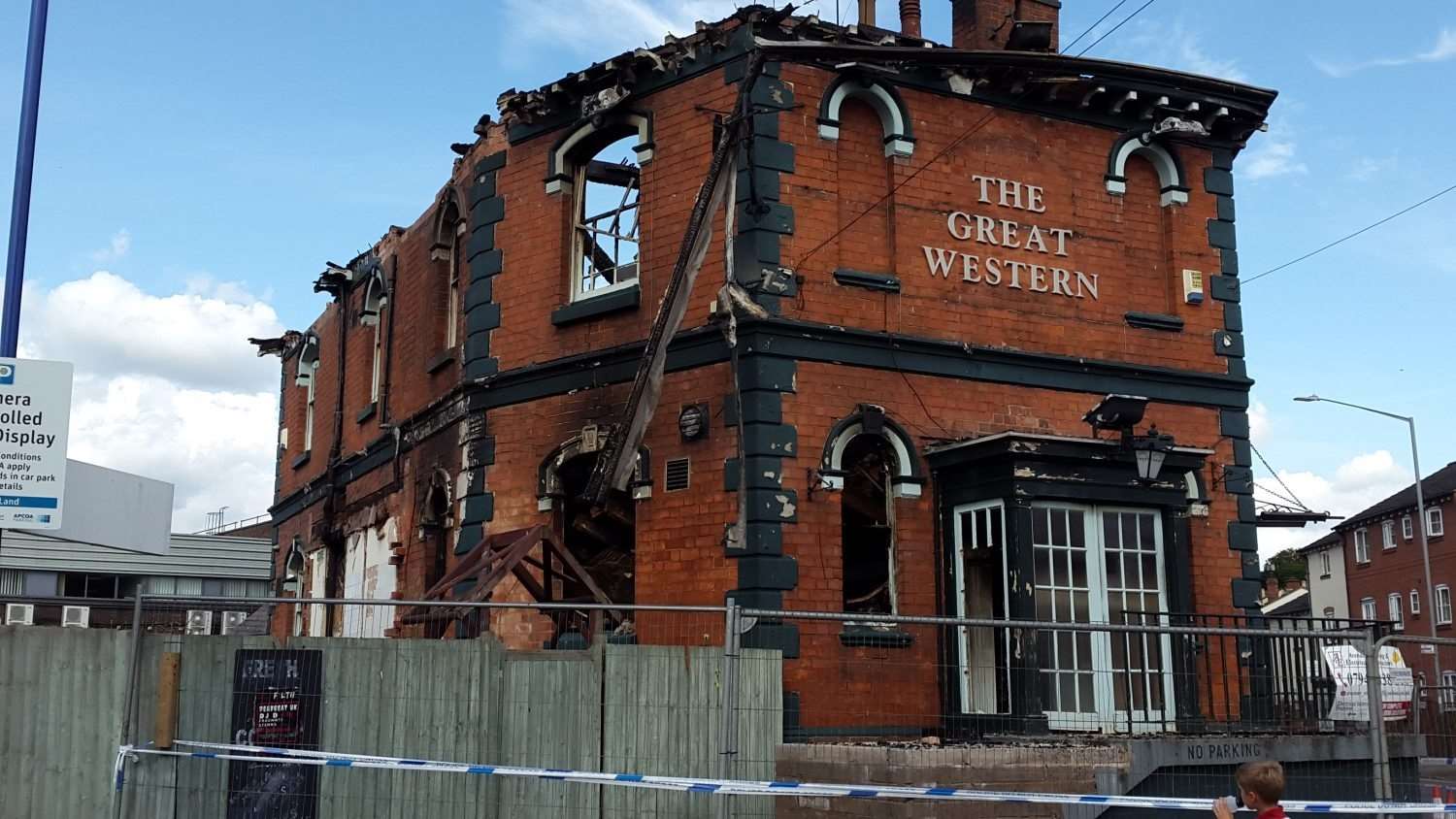 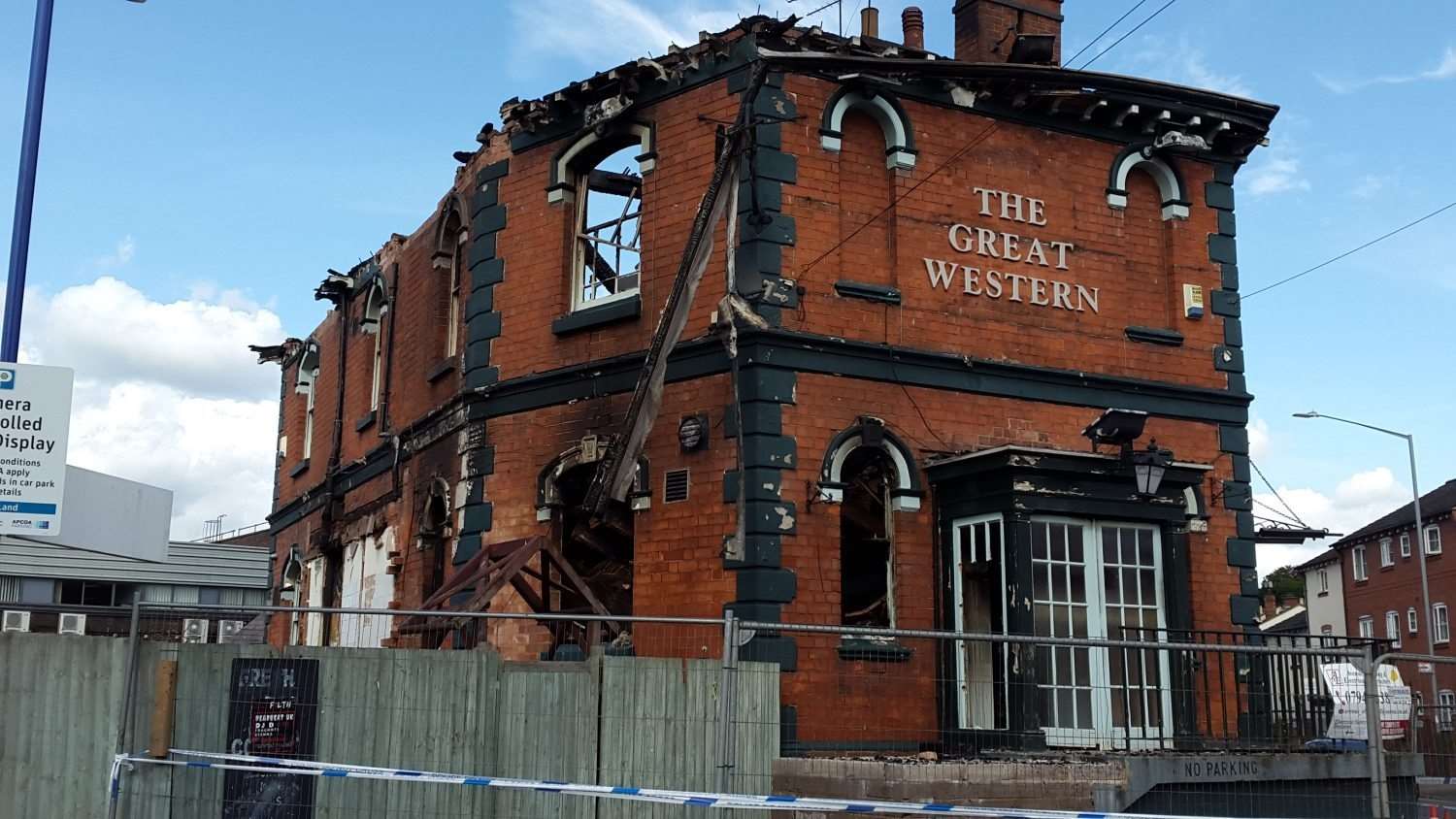 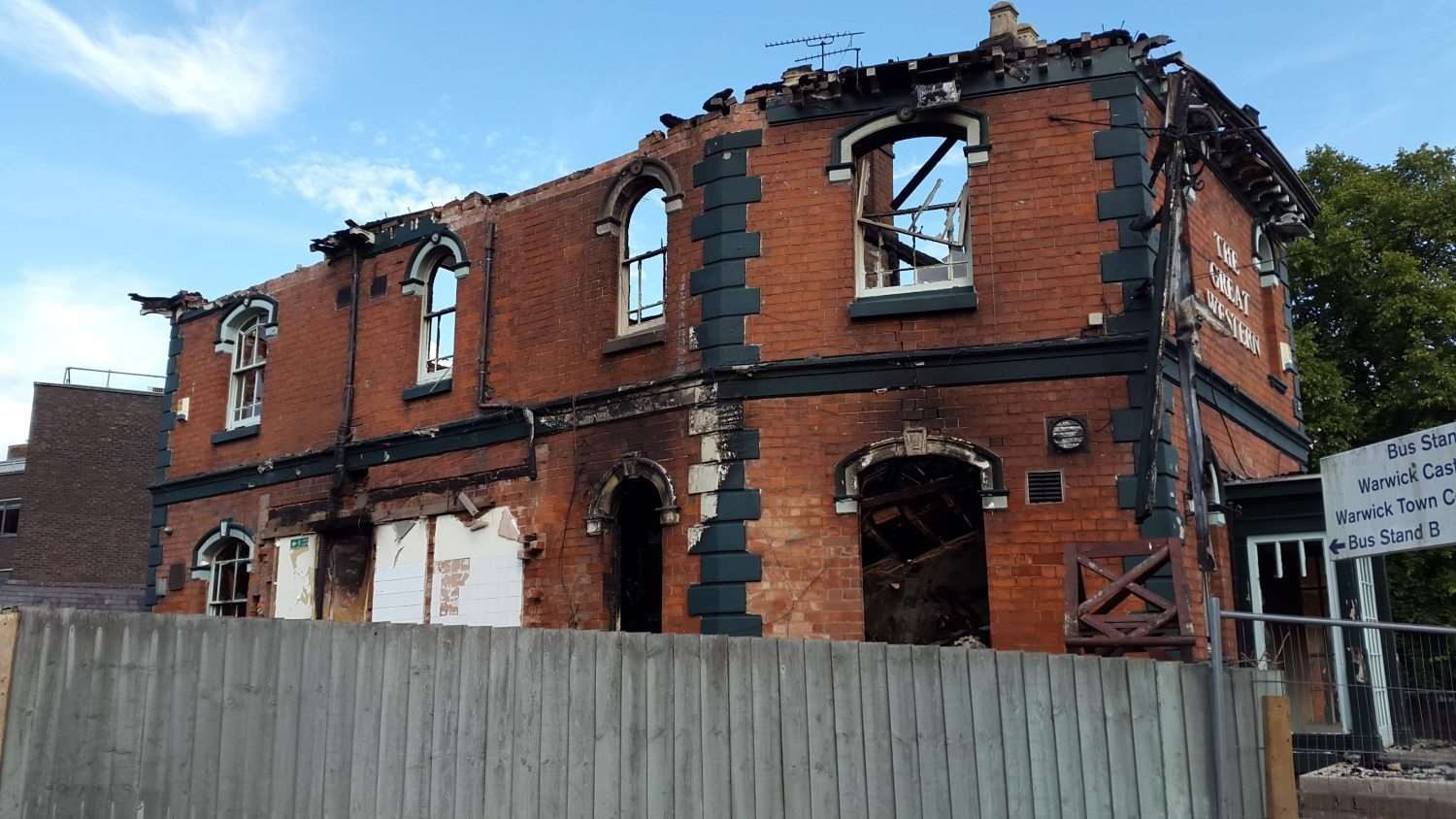 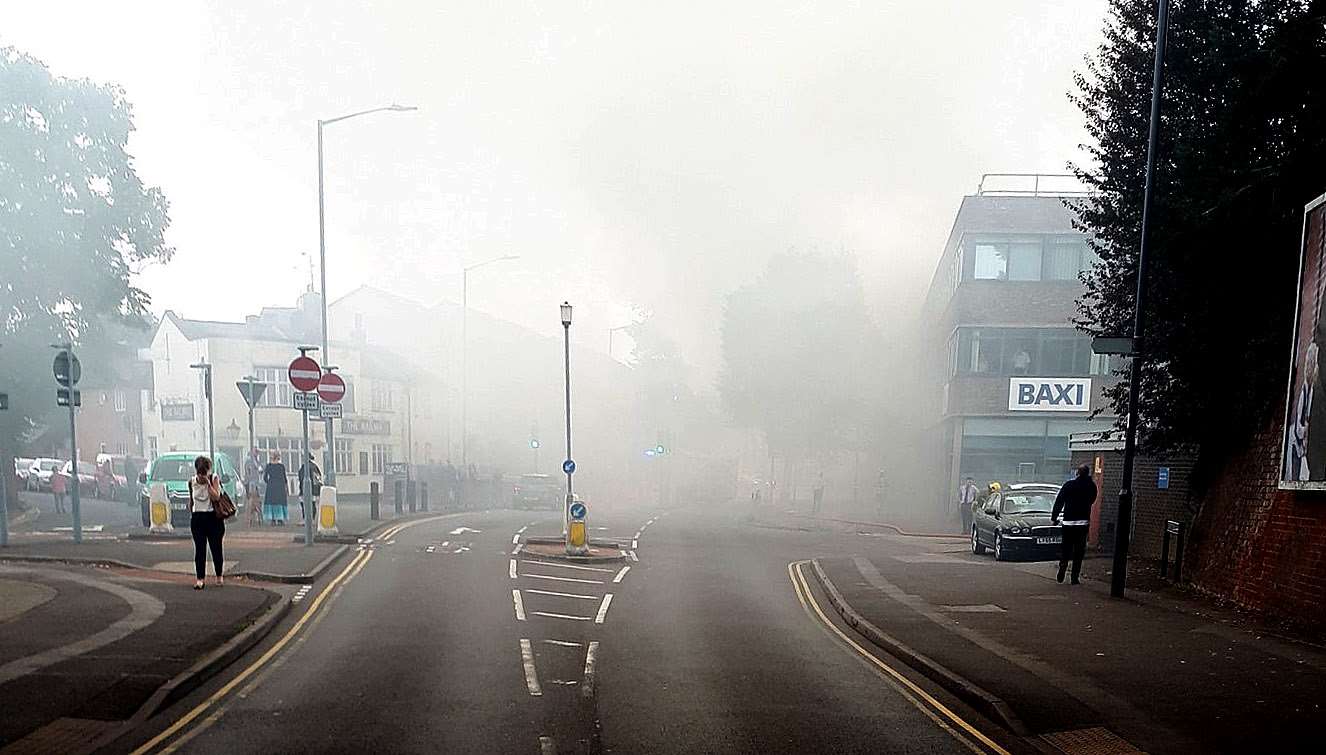 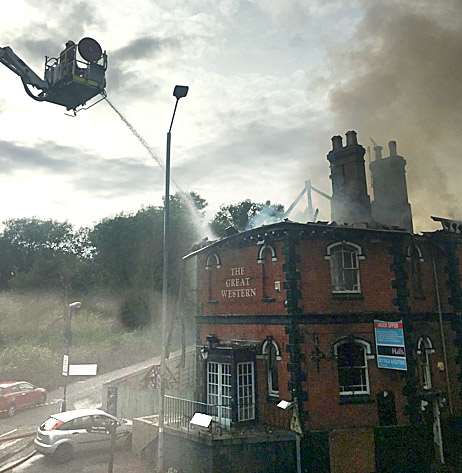 Martin Parks, manager of the nearby Castle Limes Hotel, said: “It’s such a sad thing, such a shame because it was a gorgeous building, I expect they’ll have to knock it down now.

"I went out and saw the flames coming out of the roof, they were 20ft high. There were lots of police about and quite a few people watching.”

Chris Bell, landlord at the Railway Inn, added: “We saw the smoke at about 4.30pm coming out of the window and then saw all the flames. “It was really quick, the whole place went up in about 20 minutes.

“There were lots of people about and four or five fire engines went past, they used one with a big crane to put water on the roof.

“It was quite crazy, you don’t expect it to happen around here.”

The blaze was reported to the fire service just before 4.30pm, with crews from Henley, Leamington, Southam and Kenilworth at the scene.

The entire three storey building was on fire when crews arrived and police acted to close off the road.

The building’s partial collapse meant firefighters had to battle the fire from the outside.

A Warwickshire Police spokesperson said: "The fire at Great Western Arms, Coventry Road in Warwick, is now being treated as suspicious.

"A teenage boy has been arrested on suspicion of arson and is currently in custody.

"The investigation is ongoing and any witnesses are asked to call 101 quoting incident 289 of 24 August.